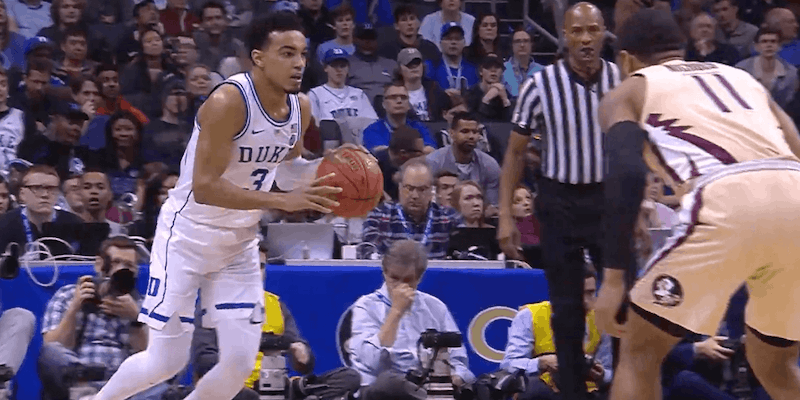 How to stream Duke vs. Georgia State live

No. 2 Duke's already in Duke mode. Check the new squad out on Friday night.

The No. 2 Duke Blue Devils host the Georgia State Panthers on Friday in a home non-conference matchup.

The Blue Devils (3-0) will do some reshuffling of their lineup cards with point guard and defensive stalwart Tre Jones sitting out as a precaution to a bump he took during a first-half collision in Tuesday’s 105-54 win over Central Arkansas. Against the Panthers, Duke will go for its 150th consecutive non-conference home victory.

Here’s everything you need to live stream the non-conference matchup between the Duke Blue Devils and the Georgia State Panthers.

Duke vs. Georgia State: How to stream college basketball

There’s a good chance that you’re already looking to AT&T for your wireless needs. The second you sign up you’ll gain instant access to 45+ channels, including local channels and even free HBO on the PLUS and MAX channel suites. Plus, it comes with CloudDVR which lets you record up to 20 hours of TV per month. One account works on two devices, but you can add more devices for only $5.