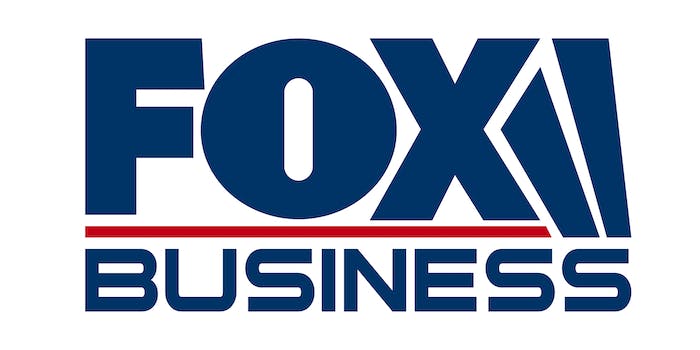 It's a staple of 6 streaming services and Roku.

Fox Business Network, which launched in 2007, does for business news what Fox News Channel does for news. It provides a definitive right-wing perspective, with personality-driven shows.

One of the network’s biggest stars, Lou Dobbs, is considered a close confidante of President Donald Trump, making him particularly popular with the MAGA crowd.

One example of how close: On March 13, 2020, a volatile, coronavirus-affected stock market made a big one-day recovery that coincided with a presidential press conference on the crisis featuring a number of corporate leaders. According to a Mediaite article, Trump took credit, signed a printed-out chart of the day’s gains, and gave it to Dobbs, who then featured the signed chart on his show that evening.

It’s a staple of six major streaming services, and it’s also available to Roku users. Here’s how to get the hook-up.

If you have Roku, you already know there are a number of channels you can access through the Channel Store, including some intriguing news options. Fox Business Newtork is part of a list that also includes ABC News, Bloomberg Television, CBSN, Euronews, Fox News, NBC News, Newsweek, Newsy, and a number of local news channels.