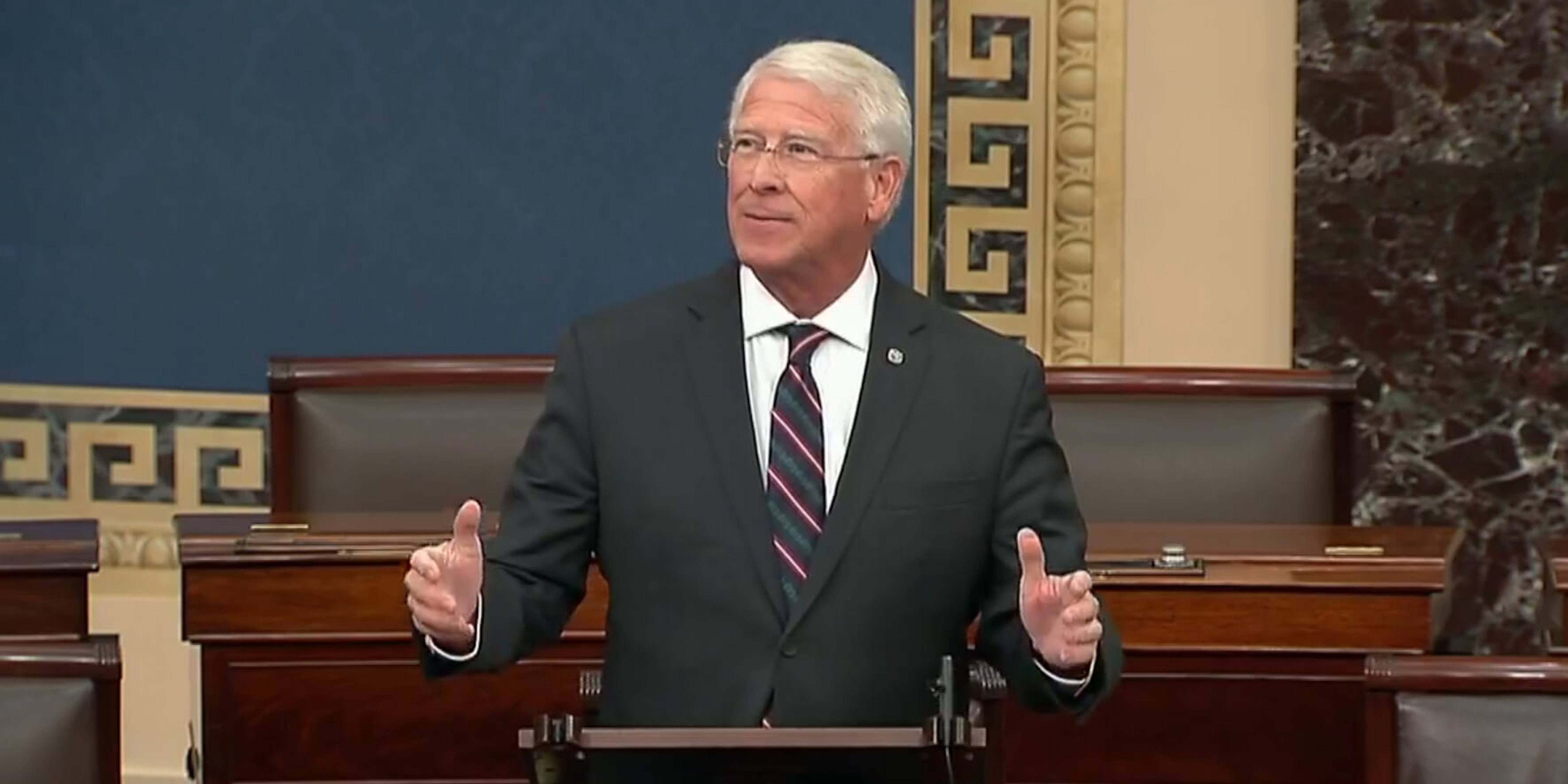 Why one senator stopped a vote on net neutrality

The working group has been criticized as a way to delay or weaken the Save the Internet Act.

Sen. Roger Wicker (R-Miss.) once again brought attention to a heavily criticized net neutrality working group he formed with Sen. Kyrsten Sinema (D-Ariz.) on Tuesday as he killed an effort by Democrats to force a vote on the Save the Internet Act.

The working group, which was announced by Wicker and Sinema shortly after the Save the Internet Act was introduced in both houses of Congress earlier this year, has been harshly criticized by net neutrality advocates. They have called it an effort to delay or water down the bill, which would essentially restore net neutrality by codifying the 2015 Open Internet Order.

The Save the Internet Act passed in the House of Representatives in April and has since languished in the Senate.

While the bill has been championed by Democrats, there is some hope among advocates that it could pass if eventually brought up for a vote. In 2018, three Senate Republicans broke ranks with their party and voted in favor of a Congressional Review Act (CRA) effort to overturn the FCC’s repeal. After passing the Senate, it stalled in the then-Republican controlled House.

The CRA was essentially what the Save the Internet Act is now. In order for it pass again one more Republican would have to join the three who voted last time—and all of the Democrats would need to vote in favor of it. Sinema is the only Democrat who has not co-sponsored the Senate version of the Save the Internet Act. For any hope of the bill to pass, Sinema’s support would be necessary.

Ultimately, President Donald Trump would need to sign it into law if it were to pass.

On Tuesday, Wicker, the chair of the Senate Commerce, Science, and Transpiration Committee, blocked an attempt by Democrats to use unanimous consent to force a vote on the bill. He then called on other lawmakers to join the group and highlighted the Senate’s biggest disagreement—whether to classify internet service providers (ISPs) under Title I or Title II of the Communications Act.

That disagreement has been at the heart of the net neutrality debate since it began. Both Wicker and Sinema have said they do not favor the use of Title II, which would place ISPs under a more strict regulatory umbrella.

“If my friends on the other side of the aisle want to join us in enacting a permanent statue so we don’t go back-and-forth between a regime of Democratic-controlled FCCs and Republican-controlled FCCs, I think they’d like to help us in that regard,” Wicker said on Tuesday. “Statutorily place nondiscrimination online in the law, free and open internet in the law, outside the regulation of something that we’ve imposed on another part of our economy half a century ago, then I hope they’ll join in the bipartisan effort that Senator Sinema and I are participating in… I would hope they would want to join us in that regard. We can make the statute better.”

This isn’t the first time that Wicker has brought up the working group amid recent moments surrounding net neutrality. In the wake of the United States Court of Appeals District of Columbia Circuit releasing its highly-anticipated net neutrality decision in October, Wicker and Sinema called for finding “common ground” in net neutrality legislation.

Wicker also blocked an attempt by Democrats to use unanimous consent to vote on the bill in June.

The working group may be bipartisan because a Republican and Democrat have formed it, but it’s unclear whether anyone who is in favor of Title II regulation has been approached by the group.

Representatives for Wicker and Sinema did not respond to requests for comment by the Daily Dot, including about any updates on what the working group has done since being formed.

In the past, net neutrality advocates have called the working group a “charade.” Their feelings haven’t changed since then.

Evan Greer, the deputy director of Fight for the Future, told the Daily Dot that she questioned the sincerity of the working group between Wicker and Sinema.

“This is big telecom’s strategy now. They know they’ve lost the debate,” Greer said. “They can’t say they’re against net neutrality anymore. This working group is their not-particularly-well-hidden attempt to derail real efforts to restore net neutrality while pretending it’s just some minor disagreement about how it’s done. It’s a lie. There is no real working group, it’s just a smokescreen.”

Similarly, Mark Stanley, the director of communications at Demand Progress, called on lawmakers to reject Wicker’s call to join the working group.

“It’s clear the purpose of Wicker and Sinema’s so-called ‘working group’ has never been to restore open internet protections, which an overwhelming majority of the public supports,” Stanley said. “Rather, its primary goal, as demonstrated yesterday, has been to distract from and undermine efforts to restore real net neutrality, which the Save the Internet Act would do. By lending her name to this bogus effort and continuing to be the lone Democrat to oppose the Save the Internet Act, Sinema is helping to actively block protections crucial to small businesses, rural communities, and everyone who relies on a free and open internet in her state.”