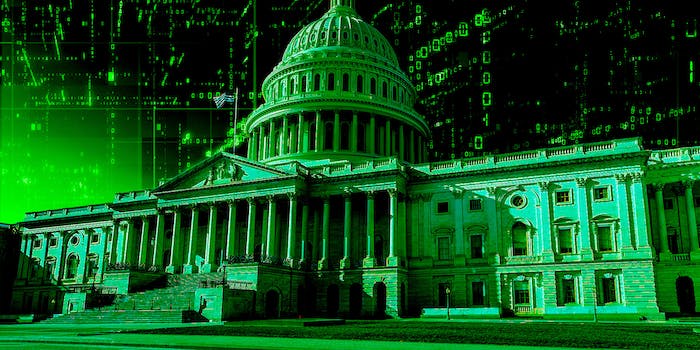 Did Tuesday's decision open the door for 'bad' legislation to come to the forefront?

A number of net neutrality advocates are vowing to fight any potential “bad” net neutrality legislation that hypothetically could make its way through Congress in the wake of Tuesday’s decision from the United States Court of Appeals District of Columbia Circuit.

Earlier this week the court issued a decision stemming from Mozilla Corporation v. FCC. The court largely upheld the Federal Communications Commission’s (FCC) repeal of net neutrality but did throw out a portion of its repeal that blocked states from enacting their own laws.

Immediately following the decision, digital rights group Fight for the Future warned that it could be an opportunity for telecom lobbyists to try and help push through “Trojan horse” and “bad legislation” in Congress.

There are a number of different net neutrality related bills, in various stages of making their way through Congress–from concrete to more nebulous–that have been floated by lawmakers in recent months.

The farthest along in the process–and the one favored by most net neutrality advocates–is the Save the Internet Act, a bill that would essentially codify the 2015 Open Internet Order, which enshrined net neutrality rules.

The bill passed in the House of Representatives in April, but has since hit a roadblock in the Senate.

Senate Majority Leader Mitch McConnell (R-Ky.) called the bill “dead on arrival,” and when a group of Democratic senators tried to force a vote on the bill in June–on the anniversary of the FCC’s repeal going into effect–Sen. Roger Wicker (R-Miss.), the chair of the Senate Commerce, Science, and Transpiration Committee, blocked it from happening.

That may be because Wicker is apparently trying to come up with a counter-net neutrality bill.

In March, both he and Sen. Kyrsten Sinema (D-Ariz.) announced that they had formed a working group to try and come up with a “bipartisan” bill. The group has been harshly criticized by net neutrality advocates, and Sinema is the lone Democratic senator to co-sponsor the Senate version of the Save the Internet Act. Her stance on the bill has caused a rift among some members of her state’s Democratic party.

Following the court’s decision, both Wicker and Sinema said they hoped to find “common ground” and work on a “bipartisan, comprehensive” bill.

On the other side, Sen. Edward Markey (D-Mass.), a longtime proponent of net neutrality, said the court’s decision made it “imperative” to pass the Save the Internet Act.

Meanwhile, several Republicans floated their own versions of a bill in the run-up to the House passing the Save the Internet Act. The bills all centered around one major sticking point among lawmakers (and Tuesday’s court decision)–the distinction between regulating internet service providers (ISPs) under Title I or Title II of the Communications Act.

Title II concerns “common carriers,” while Title I concerns “information services.” The FCC once tried to classify ISPs under Title I but were shot down by courts. As the Electronic Frontier Foundation explains, a key point to the Title II argument was “forbearance,” as it “expressly commits” that the FCC would not apply “certain rules” that would apply under Title II.

With so much up in the air regarding a federal level net neutrality bill, some advocacy groups are recommending vigilance from their followers about the possibility of less-than-desirable legislation coming through the pipe.

“That door is always open,” Matt Wood, the vice president and general counsel at Free Press Action, told the Daily Dot. “The cable and phone companies have a lot of lobbying power, they don’t shy away from deploying it. They had those marker bills out there during the passage of the Save the Internet Act in the House. What I think this does is it provides more impetuous… because they might have even more reason to try and come back to the table and to say ‘we really need to do this.'”

“What we’ve been successful at over the years is explaining–not only real people, who seem to get it even more readily, but to lawmakers too–that a bad compromise is not… better than nothing.”

Meanwhile, Evan Greer, the deputy director of Fight for the Future, said that lobbyists for the telecom industry have been trying to introduce federal legislation since the 2015 Open Internet Order was passed. Tuesday’s decision, she said, may give them a “level of urgency” to be “screaming at Congress” to pass a law that preempts state-level laws.

“This is right out of the corporate lobbying playbook,” Greer said, adding that if states begin enacting their own state-level net neutrality laws, it could be seen as a threat to the telecom industry.

Greer said Fight for the Future will “fight for strong laws” on the state-level in the wake of Tuesday’s decision.

Meanwhile, Mark Stanley, the director of communications at Demand Progress, said the decision’s preemption argument regarding states could be the catalyst for a bill other than the Save the Internet Act getting attention.

“So we’re going to continue to push for strong legislation, and if anything falls short of where the 2015 order was, or falls short of strong robust Title II net neutrality protections, then we’ll work to make sure that weak compromise legislation doesn’t move.”

The groups stressed that states should pass bills similar to the one California is trying to enact, which was hailed as the “gold standard” by advocates.