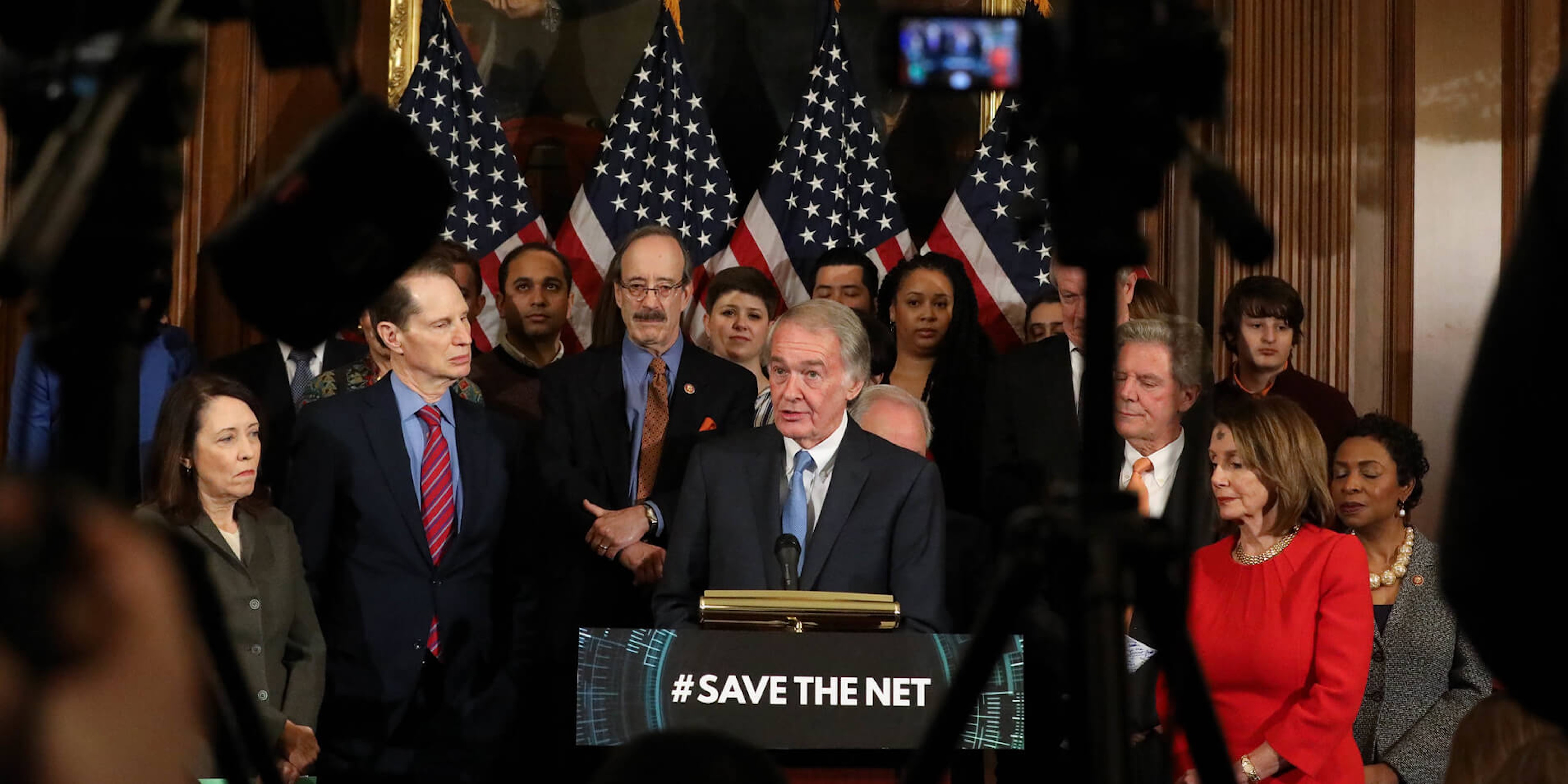 The Save the Internet Act passed in the House, but has languished in the Senate.

Sen. Edward Markey (D-Mass.) argued on Tuesday that a federal court decision regarding the Federal Communications Commission’s (FCC) net neutrality repeal made it “imperative” that the Senate pass the Save the Internet Act.

On Tuesday the United States Court of Appeals District of Columbia Circuit released its net neutrality decision stemming from Mozilla Corporation v. FCC. The court mostly upheld the FCC’s repeal, but also threw out a portion of it that blocked states from enacting their own laws in light of the FCC’s repeal.

The Save the Internet Act, a bill that would essentially restore the 2015 Open Internet Order, passed in the House of Representatives in April, but has since languished in the Senate, where Senate Majority Leader Mitch McConnell (R-Ky.) called it “dead on arrival.”

Since then Markey and other senators tried to force a vote on the bill in June, before being blocked by Sen. Roger Wicker (R-Miss.).

On Tuesday, Markey said the Tuesday decision from the Court of Appeals “leaves the future of a free and open internet in question” before calling for the Senate to take up the Save the Internet Act.

“It increases the urgency of Congress to pass the Save the Internet Act and make net neutrality the law of the land once and for all,” Markey said during a phone call with reporters on Tuesday. “Support for a free and open internet is through the roof outside of Washington. Democrats and Republicans agree that we need net neutrality laws on the books and after today’s decision, we will undoubtedly see activists and organizers across the country push their states to enact strong net neutrality rules.”

“I look forward to standing with them in this fight. Prohibitions on blocking, throttling, and paid prioritization should protect all Americans so it is imperative that Congress passes my Save the Internet Act. The legislation does exactly what the American people want… That’s why I’m urging Mitch McConnell to stop this obstruction and allow a vote immediately. The House passed this bill in April, now the Senate must act. The future of the internet depends on it. The fight is on.”

The Save the Internet Act has nearly unanimous support among Democrats in the Senate. Only Sen. Kyrsten Sinema (D-Ariz.) has not co-sponsored the bill, instead forming a working group with Wicker to try and find a “bipartisan” solution.

Sinema’s decision was called a “charade” by pro-net neutrality groups, and was part of a recent call from some members of Arizona’s Democratic Party to push for a censure.