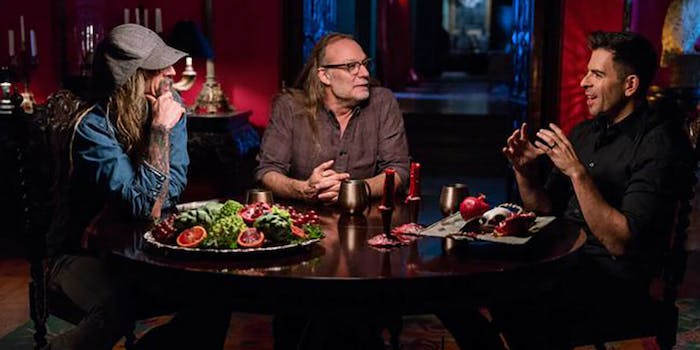 Get an intimate look inside the brains of some of horror's greatest prodigies.

Into scary movies? Boy, do we have some new and gruesome content for you. The AMC original series Eli Roth’s History of Horror takes everything you love about the world of horror and brings it back to life–with a vengeance, no less.

What is Eli Roth’s History of Horror and when is it on?

Consider each episode of Eli Roth’s History of Horror to be part of the lesson plan of any highly-regarded film class. Hosted by writer/producer/director Eli Roth, you’ll get an in-depth analysis of how the genre of horror has evolved over the years and discuss what its impact on film (and society as a whole) has been. Each episode explores a new theme and talks with award-winning, A-list storytellers like Jordan Peele, Jack Black, Jamie Lee Curtis, Robert Englund, Linda Blair, and Rob Zombie to find out how they find inspiration in the inherently morbid.

Eli Roth’s History of Horror premiered this past fall on AMC, so if you want to sink your teeth into the new series you’ll have to stream it online. 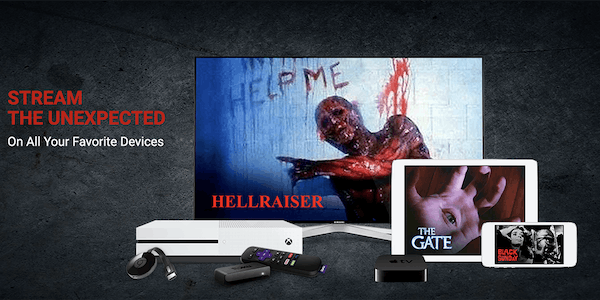 Fans of horror from creature features to thrillers will find a ton to love about Shudder, the first streaming service completely devoted to the genre. From classics like Halloween, The Changeling and The Texas Chain Saw Massacre to originals like Revenge, Horror Noire and Mandy, Shudder’s offerings will keep horror fans glued to the couch for many a long weekend.

PS4 owners have much more than just gaming at their disposal thanks to their consoles. If you’re looking for a streaming option for TV shows, PlayStation Vue is a great option. It’s easy to swap from playing a game to watching a series or a movie, and the PS4 controller doubles as a remote (or you can get a dedicated remoteif you like). What’s really cool is that PlayStation Vue is not exclusive to PS4 owners. You can also use a Roku, Amazon Fire devices, and even Kodi. The entry-level package comes with tons of great channels like AMC, BBC America, and Bravo. You also get unlimited cloud DVR storage, and one subscription works with up to five devices so it can be watched on your phone or tablet too. (Here are all of PlayStation Vue channels.) 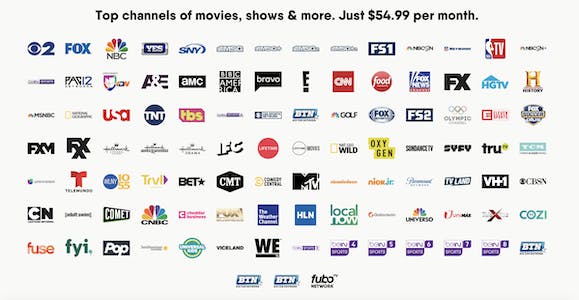 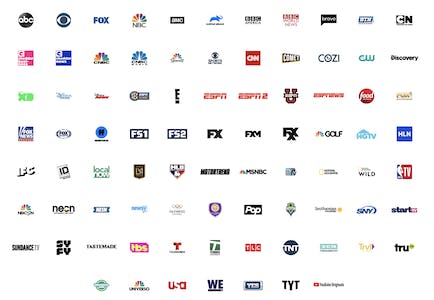 If you have a big family and everyone likes to watch something different, YouTube TV is a terrific pick. One subscription can add up to six accounts, and each one comes with unlimited cloud DVR, so everyone can watch what they want when they want. In addition to Oxygen, you’ll get access to more than 60 networks. The kids will enjoy Disney, Disney XD, Disney Junior, and Cartoon Network, while the sports fans binge on NBCSN, NBA TV, and four ESPN channels. It even offers Telemundo and NBC Universo for Spanish-language speakers. And of course AMC, BBC America, and IFC are there too, so you’ll still have everything from historical dramas to indie films to choose from. (You can find the full list of YouTube TV channels here.)

How to watch Eli Roth’s History of Horror episodes

Already have an Amazon Prime membership? Great! In addition to enjoying Amazon original series, you can also add a Shudder package to unlock all the horror and sci-fi your very dead heart desires.  However, if that seems like overkill, you can also choose to either buy an individual episode or purchase an entire season of the show.