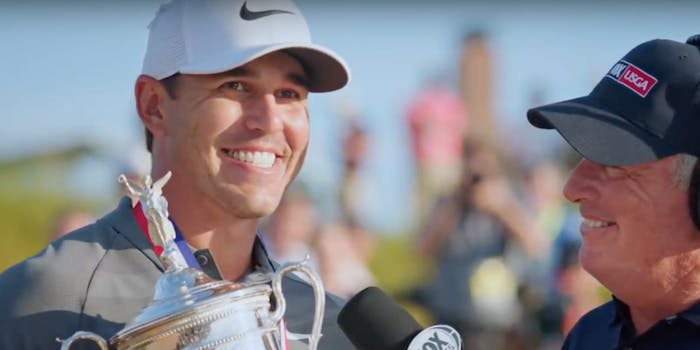 The best golfers in the world are about to hit the famed Pebble Beach Golf Links in Southern California for the 119th U.S. Open. All eyes will be on two-time defending champion Brooks Koepka as the 29-year-old looks to become only the second golfer ever to win the tournament three times in a row. But he’ll have plenty of competition.

Tiger Woods, seemingly rejuvenated after his Masters win earlier this year, will be seeking his second major trophy of the year (as will Koepka, who won the PGA Championship in May), and past champions like Dustin Johnson and Rory McIlroy will be among the many talented golfers in the field. Needless to say, it’ll be high-stakes and must-see television for golf fans.

Here’s everything you need to know to watch the 2019 U.S. Open online for free, including the players, start time for each round, TV schedule, and tee times.

Simply put, the U.S. Open is one of golf’s premier tournaments. It’s considered one of the four major championships, alongside the Masters, the PGA Championship, and the Open Championship (aka the British Open), and the governing body that organizes it, the United States Golf Association, schedules it for mid-June.

What separates the U.S. Open from the three other majors is its courses’ difficulty and purse. The U.S. Open is notable for featuring courses that force competitors to make extremely accurate shots as they navigate tall rough, pinched greens, and long holes. The tournament’s been such a historical slog for golfers that participants even considered boycotting the 2016 edition. But for all of the headaches, the winner of the U.S. Open is well-compensated. The tournament has the highest purse on the PGA Tour at $12.5 million (the Players Championship also offers that much), and the winner will take home $2,250,000.

Who are the U.S. Open golfers to watch?

Brooks Koepka won the U.S. Open in 2017 and 2018, becoming the first player to post back-to-back U.S. Open victories since Curtis Strange did it in 1988 and 1989. His two wins couldn’t have been more different, however. In 2017 at Erin Hills in Wisconsin, Koepka finished at 16-under par with a comfortable four-stroke winning margin. His 2018 victory was tight, as he only beat runner-up Tommy Fleetwood by one stroke and finished above par. If Koepka is victorious again, he’d be the first player since Willie Anderson from 1903-1905 to win the U.S. Open three times in a row.

Aside from Koepka, Tiger Woods will also be a player to watch. If Woods wins the 2019 U.S. Open, it’d be his second major tournament win this year and fourth career U.S. Open title, the latter accolade’s tying him with Jack Nicklaus, Bobby Jones, Ben Hogan, and Willie Anderson. The venerable Phil Mickelson will look to complete a grand slam; the U.S. Open is somehow the only major he has yet to win. 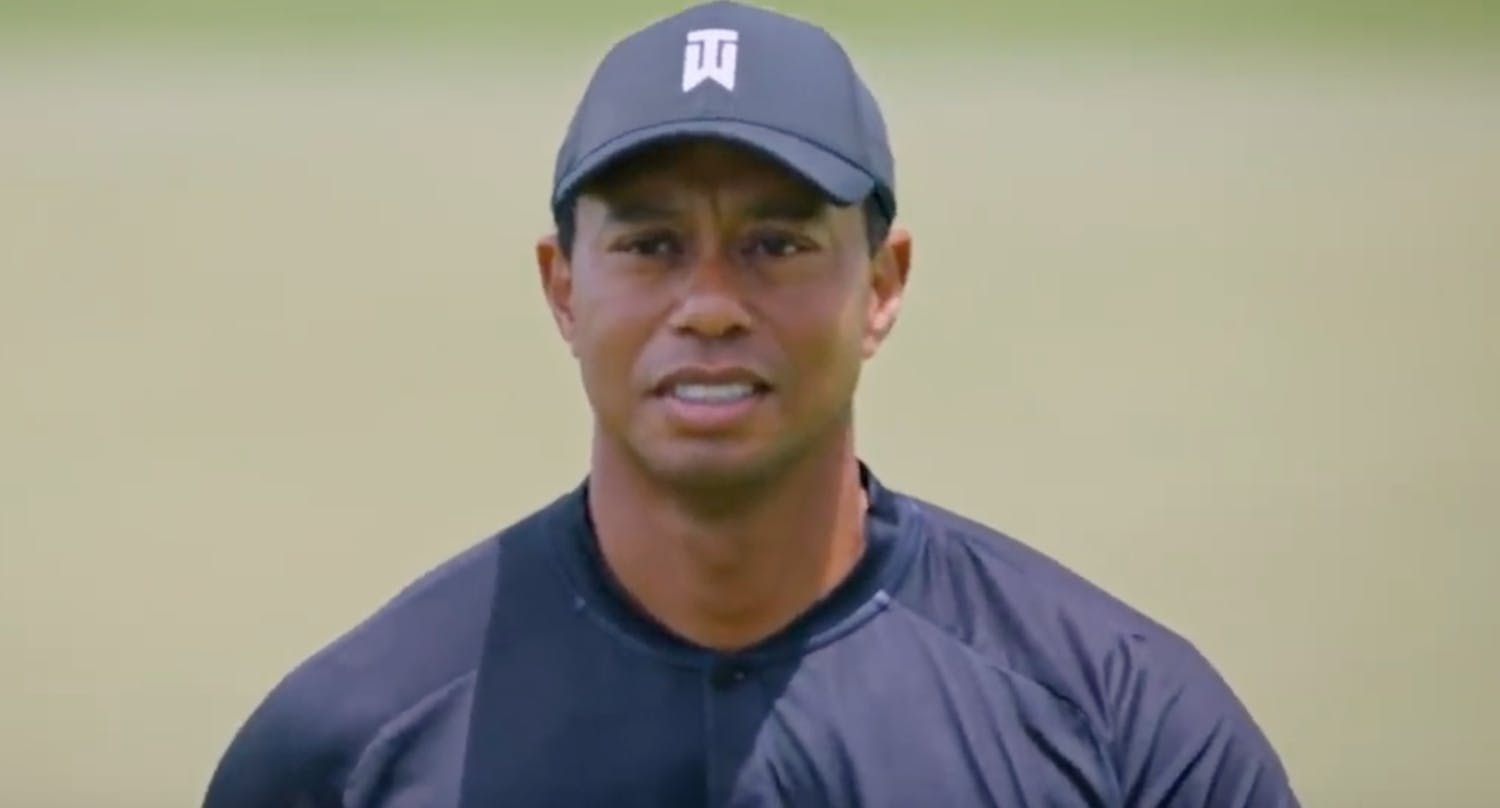 U.S. Open TV schedule and what channel is it on?

Fox and its sports subsidiary FS1 will handle broadcasting duties for the 2019 U.S. Open. For the first and second rounds, FS1 will air coverage of the U.S. Open between 12:30pm and 7:30pm before Fox broadcasts the evening coverage from 7:30pm until 10:30pm. During the third round and the final (fourth) round, Fox will shoulder sole responsibility for showing the tournament, starting its coverage at 12pm and concluding at 10pm.

Thankfully for live TV customers, both FS1 and Fox are available on nearly every major streaming platform, which makes accessing the U.S. Open throughout its entirety easy. All of the following services offer a one-week trial, allowing you to watch the 2019 U.S. Open for free.

Sling TV offers three different channel packages. For Fox and FS1, you’ll need either Sling Blue ($25 per month) or Sling Orange + Blue ($40 per month), and both packages are currently 40% off for your first month. That said, the availability of Fox varies depending upon your location, so be sure to double-check by putting in your ZIP code here.

With Sling Blue, customers don’t just benefit from Fox and FS1’s coverage of the U.S. Open, the German Bundesliga, and ample college football. You’ll also receive NFL Network, NBC, NBCSN, and select regional FOX Sports affiliates (as well as non-sports channels like CNN, TNT, and AMC). With Sling Orange + Blue, you’ll get all of that plus Disney Channel, Freeform, and ESPN’s diverse catalog of sports content. Depending upon your tastes, Sling TV provides the sports you crave at perhaps the best price point of any service. (Here’s a complete guide to Sling TV channels and our Sling TV review.)

Hulu with Live TV gives customers all four of the major broadcast networks, which includes the channels that subscribers will need to watch the U.S. Open, Fox and FS1. For $45 per month, customers receive the aforementioned channels—which show everything from college football to European soccer—as well as TNT, NBCSN, and ESPN. (Here’s the complete list of Hulu Live TV channels.) For the price, the breadth of content, and the ability to record up to 50 hours of programming, Hulu with Live TV is a bonafide steal for golf and sports fans. Subscribers will also receive access to Hulu‘s full on-demand catalog for free (a $5.99/month value).

Don’t worry: You don’t need to own a PlayStation to subscribe to PlayStation Vue. The four-tiered subscription service is accessible to anyone. To watch the U.S. Open, subscribers only need to have the entry Access plan, which goes for $44.99 per month. That package provides Fox and FS1, as well as ABC, TNT, NBC, and NBC Sports Network, the latter two channels featuring a bevy of golf-related coverage, including Open Championship and the Ryder Cup. For the truly golf-obsessed, PlayStation Vue’s Core package, which is one step up from the Access plan, comes equipped with NBC Golf and many more specialized sports channels, like the SEC Network and NFL Network, for only $49.99 per month. Luckily, PlayStation Vue doesn’t hold subscribers to annual contracts, so dissatisfied Core users can always downgrade to Access to save a few more bucks throughout the year. (Here are all of the PlayStation Vue channels.)

FuboTV is one of the pricier streaming services available, but it gives sports fans an unparalleled selection of various leagues and competitions from around the world. Customers not only get to watch the U.S. Open because of Fox and FS1 but also NBC Golf, which annually showcases the Open Championship and many other PGA tournaments.

In addition to these offerings, FuboTV provides NBA TV, the NFL Network, and every beIN channel for international soccer matches (including Spain’s La Liga and France’s Ligue 1). It’s a highly diverse catalog that brims with options and 30 hours of free DVR to record everything. Record the U.S. Open and then use the remaining 29 hours and 58 minutes to your heart’s content. (Here’s the complete FuboTV channels list and our FuboTV review.)

Do you have other plans during certain rounds of the U.S. Open? Fear not: YouTube TV gives customers unlimited cloud storage and DVR personalization capabilities so you can record the hours of U.S. Open coverage, beginning on Fox at 12:30pm ET on Thursday, June 13. Beyond offering Fox and FS1, YouTube TV offers the other three major broadcast networks (ABC, CBS, and NBC), ESPN, TNT, CBS Sports Network, NBC Sports Network, NBC Golf, MLB Network, and NBA TV, among many other sports channels. And if you’re splitting the YouTube TV bill ($50 per month) with several roommates and/or family members, YouTube TV allows up to six people to be registered on one account—with each person gaining the ability to personalize their DVR. (You can find the full list of YouTube TV channels here.)

Other ways to watch the 2019 U.S. Open online for free

The official website for the U.S. Open will provide live coverage of the tournament, as well as player highlights, hole-by-hole scoring, and more.

The U.S. Open app, much like the tournament’s site, will offer plenty of live TV, as the app includes three channels of streaming coverage. It will also feature player and tournament updates, an on-site map, and a virtual photo booth to allow fans to snap photos of Pebble Beach through the use of augmented reality.