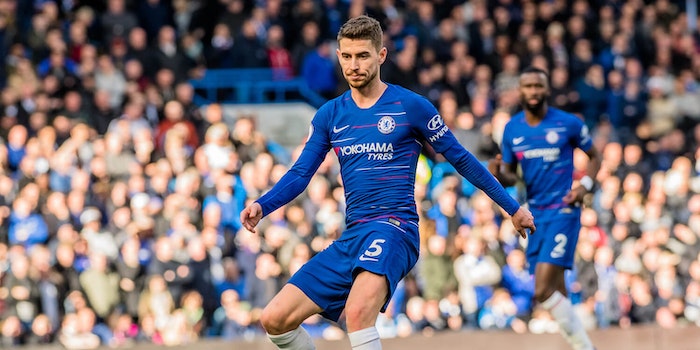 How to stream Chelsea vs. Arsenal live

Both of these London rivals could use a win ... and neither can afford a loss right now.

Both Chelsea and Arsenal were undone by late goals this weekend. Chelsea was fortunate to lose in the same matchweek as Manchester United, keeping the fourth-to-fifth-place gap at five points, but now Wolves have crept up to be level on points with United and are threatening to break into a Champions League place. For Arsenal, the draw was better than Chelsea’s loss, except wins remain elusive for the Gunners. They’re now in 10th place with a negative goal differential, tied on points with Everton and Newcastle squads which, at present, have even worse goal differentials.

Amid that somber backdrop, the London rivals take the field at Stamford Bridge on Tuesday, both eager for a momentum-changing win.

Here’s everything you need to know to stream Chelsea vs. Arsenal live.

AT&T TV Now provides instant access to more than 45 channels, including local channels, at its minimum, but includes numerous package choices that rival cable options in size. For soccer fans, that means NBC as well as NBCSN for Premier League action, Fox as well as FS1 and FS2 for MLS, Bundesliga, the U.S. men’s and women’s teams, and even Liga MX offerings, and ESPN and ESPN2 for its array of soccer and other sports programming. It even offers free HBO on its Plus and Max channel suites. The $5 Deportes add-on gives access to ESPN Deportes, TUDN, Fox Deportes, Gol TV, and TyC Sports for even more soccer. And if you need to record any action to watch later, it comes with CloudDVR for up to 20 hours of TV recording per month. One account works on two devices, but you can add more devices for only $5.

Chelsea (Last 5 Premier League matches: LWDWL) lost its three-match unbeaten streak over the weekend, losing to Newcastle on a late goal let in from former Arsenal player Isaac Hayden. Chelsea’s still in good position to finish in a Champions League place, but the team has eight losses on the season already. There’s not too much room remaining for error.

However, Chelsea did beat Arsenal 2-1 in a recent matchup on Dec. 29, spoiling Mikel Arteta’s home managerial debut with two late goals to complete the turnaround.

Arsenal (Last 5 Premier League matches: DLWDD) did it again. They got a brilliant goal to take the lead—this week, it was from Gabriel Martinelli, who tapped in a Bukayo Saka cross at the stroke of halftime—only to make a defensive lapse and give up a goal. That draw is the third in Arteta’s first five matches as manager. Arsenal now has just two wins in its last 15 matches, and four wins in its last 21 matches. It had a third of its total wins for the season to date in its first two matches.