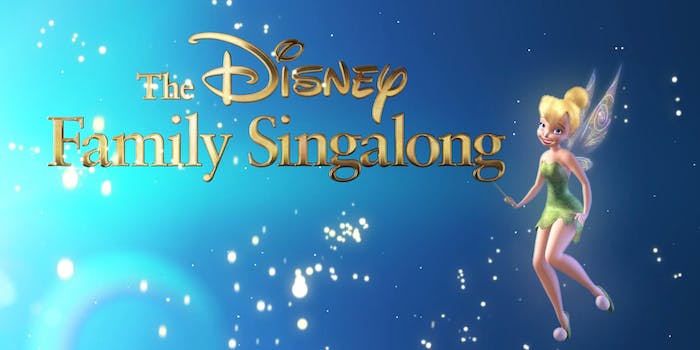 How to stream ‘The Disney Family Singalong’

Disney hits from the stars to your living room.

Times are tough and people everywhere are going a bit batty considering that they can’t leave the house. What the world needs now is a little bit of musical magic from the wide world of Disney.

The Disney Family Singalong brings the biggest stars into your home to sing the classics. The lineup includes Demi Lovato, Josh Groban, Donny Osmond, and Ariana Grande. This celebrity-packed event will even have a vocal warm-up with Kristen Chenowith to get America singing again.

Here’s everything you need to know to watch The Disney Family Singalong.

HOW TO STREAM ‘THE DISNEY FAMILY SINGALONG’

Below is the slate of performers for the event, along with the song they will be performing.

When does The Disney Family Singalong air?

The Disney Family Singalong airs on Thursday, April 16, at 9pm ET on ABC.

How to watch The Disney Family Singalong for free

ABC is available on a handful of the major live TV streaming services. When trying to decide which one is best for you, you’ll want to weigh the cost, the other channels you’ll receive, and the compatible devices for streaming.