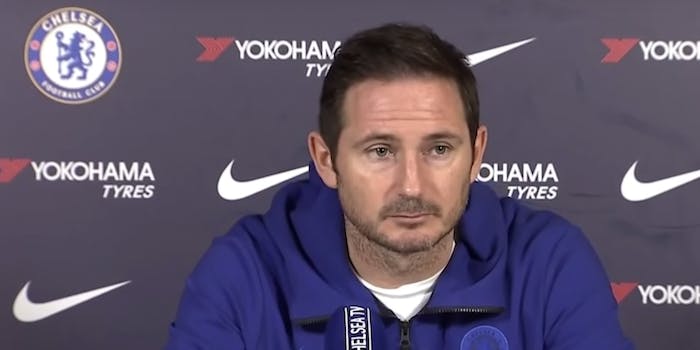 How to watch Chelsea vs. Leicester City live online

Leicester City has struck gold in a year where half of the big six is not very good.

Here’s everything you need to know to stream Chelsea vs. Leicester City live on Saturday.

Chelsea travels to Leicester City in the early kickoff this Saturday, with the Foxes sitting in third place with 48 points after 24 games. Chelsea is in fourth place, eight points behind, and six points ahead of Man United and Wolves. Jamie Vardy is leading the Premier League in goals scored, with 17 goals just past the halfway point of the season.

Chelsea (last five Premier League matches: DLWDW) would have killed for a start to the season this good in August, but after mediocre form lately and zero dollars spent in the transfer window, many Blues are questioning ownership’s willingness to spend. Majority owner Roman Abramovich used to be one of, if not the, biggest spender in the world, but a summer transfer ban and an empty January window may signal it’s time for a change in management in Chelsea.

Leicester City (last five Premier League matches: WLLWW) having a start this good would be legendary for most clubs of Leicester’s size. But with the triumph of 2016, it may be going under the radar how good the Foxes have been so far in 2019-20. Leicester and manager Brendan Rodgers have a 14-point lead on the UEFA Champions League spots and have struck gold in a year where half of the big six is not very good.

According to DraftKings, home-field advantage and eight more points makes Leicester City is a slight favorite at +150, with Chelsea at +170 and a tie for +260.