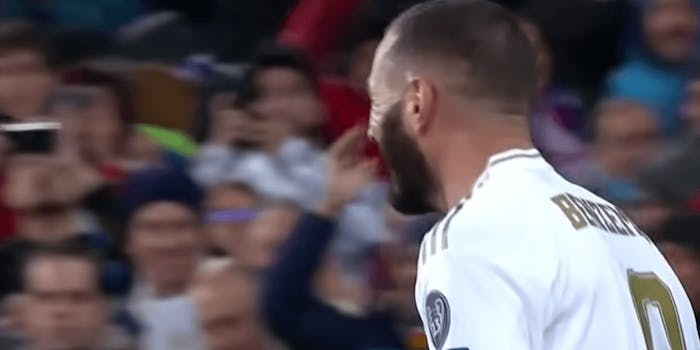 How to stream Real Madrid vs. Manchester City live

Man City is focused on the Champions League as the biggest trophy to win this year.

Here’s everything you need to know to stream Real Madrid vs. Manchester City in the the UEFA Champions League live on Wednesday.

Manchester City and manager Pep Guardiola head south on Wednesday to take on Real Madrid, which is currently sitting at the top of the La Liga table in Zinedine Zidane’s first full season back. Karim Benzema is a top-scorer with 18 goals in all competitions this season, while summer signing Eden Hazard’s time has been limited, with just one goal in 14 appearances. Man City has fallen behind in the title race and will be focused on the Champions League as the biggest trophy to win this year. Two-time winner Guardiola has gone without winning one since 2011, and the club has never won a European title.

The match is on TNT, Univision and TUDN; these streaming services provide fans the opportunity to catch Champions League action throughout the tournament.

Real Madrid (11 points, 2nd in Group A) has incredibly flown under the radar after the 5-3 loss to Ajax in the Round of 16 last season. Other great teams like Liverpool and Man City have been hailed as favorites to win the UCL, seemingly forgetting how Real won the trophy four times from 2014 to 2018. The pressure in Spain is solely back on Barcelona after Ernesto Valverde’s firing and Quique Setien’s tough start. Zinedine Zidane’s team looks like it could be winning the two biggest trophies again this season. Getting a big win over a billion-dollar squad in the first knockout game can be a signal to other big clubs that Madrid is back in business.

Manchester City (14 points, 1st in Group C) has already said goodbye to its hopes of a third-straight Premier League, so City’s only hope at a better season than last is to finally win the UCL. Drawing Real Madrid from Pot B in the first round is tough, but to be serious about this competition you have to go through these big clubs at some point. The reception at the Bernabéu for Guardiola will be warm, and a win in that environment on Wednesday could be season-defining for the Cityzens—and for Guardiola.

Real Madrid is a slight home favorite at +150, with Man City at +160 and a draw at +280, according to DraftKings Sportsbook.