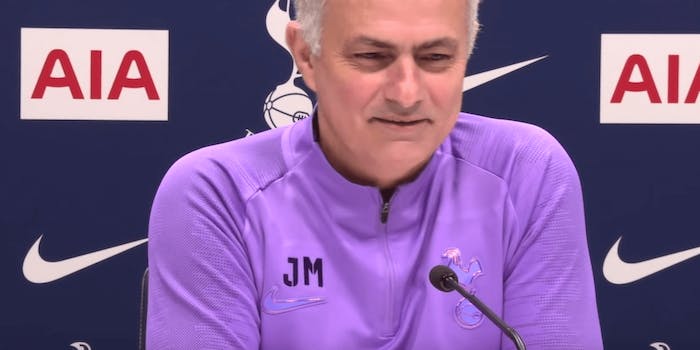 How to stream Tottenham vs. Manchester City live

Spurs have mainlined recently, while Man City's league form has been (relatively) awful.

Here’s everything you need to know to stream Spurs vs. Man City live on Sunday.

A decade-old rivalry renews Sunday when Jose Mourinho takes on Man City and manager Pep Guardiola for the first time since taking over his new position as manager of Tottenham Hotspur. Spurs have mainlined recently, going from 14th when Mourinho took over to seventh where the team sits right now. Man City’s league form has been (relatively) awful, sitting 19 points behind leader Liverpool after 24 games.

Spurs (last five Premier League matches: WDLLD) have an important FA Cup replay Wednesday against Southampton, in the competition that is Tottenham Hotspur and Mourinho’s best chance at winning a trophy in 2020. Considering the nature of the rivalry between these two managers, you would expect a strong lineup from Spurs, but fielding a weakened lineup in a competition neither manager will win could be a good mind game for Mourinho to play in his first partial season in North London.

Man City (last five Premier League matches: WDWWW) is, barring a miracle, not going to win the Premier League for a third year straight. This puts Guardiola’s sights on the three other trophies to win, being a favorite in the UEFA Champions League and the League Cup final against Aston Villa in March. This and the trip to Leicester are the toughest games remaining between Man City’s UCL clash with Real Madrid, but the two-week break in February ensures City will field the strongest possible 11 on Sunday.