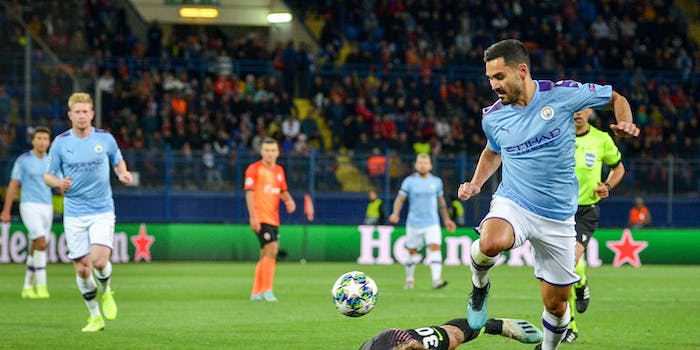 How to stream Manchester City vs. Southampton

Manchester City's got a second date with Southampton in just five days.

It took a while for Manchester City to get going last Saturday, but the Sky Blues got three goals in the second half to vanquish Aston Villa and keep pace with Liverpool in the Premier League race. Now, this Saturday, City aims to defeat the same Southampton team it vanquished in the Carabao Cup in midweek action, before a vital matchup with the Reds at Anfield next Sunday.

Here’s everything you need to know to stream Manchester City vs. Southampton live.

Manchester City (recent form: WWLWW) got goals from Raheem Sterling, David Silva, and Ilkay Gundogan to easily get past Aston Villa last weekend; only Fernandinho’s late dismissal marred matters. Then, City kept its League Cup campaign going by beating the Saints on Tuesday. Defender Nicolas Otamendi got the first City goal, and then Sergio Aguero followed with a brace.

Southampton (recent form: LLLDL), making its second trip to the Etihad in five days, is currently in bad form. Its most recent Premier League loss was a traumatic 9-0 to Leicester City during a monsoon, and given City’s beaten Watford 8-0 already this season, this matchup doesn’t bode well for the Saints. Though currently in the relegation zone, Southampton’s only one point behind 17th-place Newcastle, so a couple of results could bring it back to safety. It’s probably just not going to happen against City.