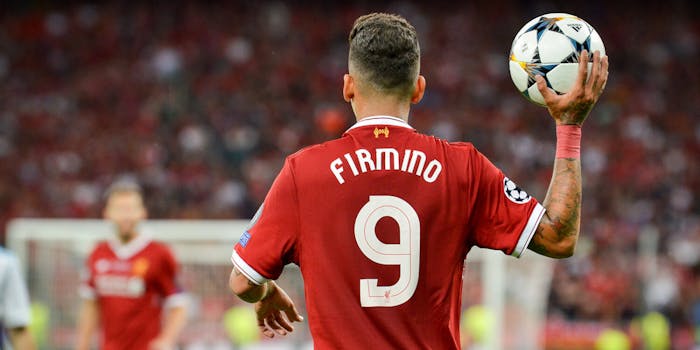 How to stream Liverpool vs. Manchester United live

This classic Premier League matchup gets another layer of narrative this weekend.

Liverpool only has one blemish on its otherwise perfect season: a draw against Manchester United back in October. This already-great rivalry got another chapter as a result of that standoff, and it will get another Sunday when the teams play in Anfield to resume what’s been one of the Premier League’s best perennial matchups.

Here’s everything you need to know to stream Liverpool vs. Manchester United live.

Liverpool (last five Premier League matches: WWWWW) got a 37th-minute goal from Roberto Firmino against Tottenham on Saturday, and it was enough to keep the unbeaten season going. The Reds also got into the fourth round of the FA Cup after dispatching rivals Everton in the third round and will make a journey that’s really only possible with the FA Cup. They’ll play in 10,000-seat Montgomery Waters Meadow against League One side Shrewsbury Town.

Manchester United (last five Premier League matches: LWWLW) thumped Norwich City 4-0 last weekend to maintain its hold on fifth place in the table. The Red Devils, if they lose points here, have a chance to bounce back at home against Burnley—losers of four straight—before an away match to either Tranmere Rovers or Watford (which may actually be postponed).