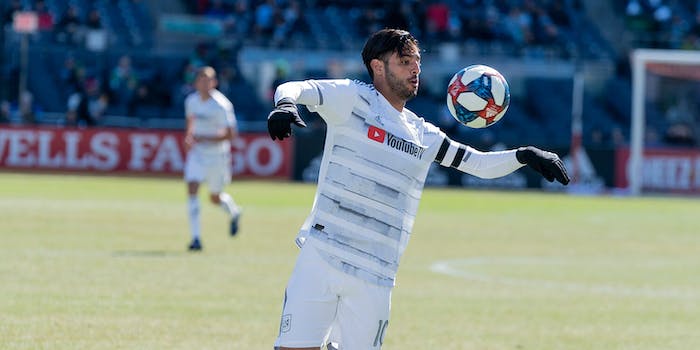 How to stream LAFC vs. Seattle Sounders in the MLS playoffs

A trip to the MLS Cup final is on the line.

We’ve ended up with chalk in MLS’ Western Conference Playoffs, even though it’s given us some wild and fun games throughout. Supporters’ Shield-winning LAFC outlasted its LA Galaxy rivals in a wild 5-3 match last Thursday to get to its first conference finals in its two-year history. The Seattle Sounders dispatched Dallas 4-3 in an extra-time instant classic to start the playoffs, then got two second-half goals and held Real Salt Lake scoreless Wednesday to get to their third conference final in four years.

With a trip to the MLS Cup final on the line, here’s how to stream LAFC vs. Seattle Sounders live.

LAFC vs. LA Galaxy live stream: How to watch MLS Playoffs without cable

The match is on ESPN; the following services provide a one-week trial and therefore an easy way to this and other MLS playoff matches live.

PlayStation Vue is a fantastic option for soccer fans who already own a PlayStation console, but this streaming platform is available on a variety of devices. ESPN (where MLS games feature) and NBC and NBCSN (where the Premier League live) are part of the Core package of channels that offer soccer and other sports programming, and the options increase at the Elite and Ultra levels.

YouTube TV is a great option for soccer fans, including ESPN for Champions League matches, NBC and NBCSN for Premier League matches, and broadcasting partnerships with three MLS teams. (Take a look at the full list of YouTube TV channels here.)

LAFC vs. Seattle Sounders: What to watch for

As if Seattle’s defense didn’t have enough to worry about between Carlos Vela, with his record-scoring 34 goals this season along with 15 assists, and Diego Rossi, who put up 16 goals and 7 assists, Amado Diomande’s back. Dio scored a pair of key goals in the 5-3 match that got LAFC this far, and his presence up top brings a physical presence to compliment Vela and Rossi’s speed. LAFC still looks to pair its Supporters’ Shield with an MLS Cup, and winning on Tuesday would guarantee the final would be played at Banc of California Stadium in front of a raucous home crowd.

And yet, Seattle has a way of successfully getting through the West on tenacity and smart play. And, unlike recent seasons, the Sounders haven’t had to overcome an early-season swoon just to get to this point. While Raul Ruidiaz and Nico Lodeiro are the obvious focal points of the offense, Jordan Morris has been the MVP in recent weeks; his hat trick against Dallas included an extra-time winner. But it was Lodeiro coming through with a goal and assist to dispatch an RSL team who knocked out LAFC last year. Gustav Svensson, who served with Cristian Roldan in a double-pivot with Christian Rodan against RSL, will be tasked with slowing LAFC’s deadly transition game, in what should be a close match if not another MLS instant classic.