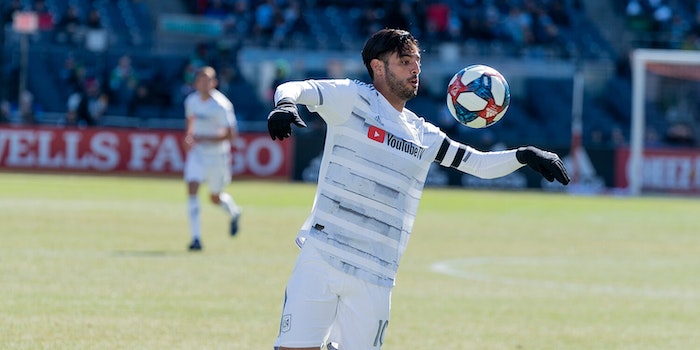 How to stream LAFC vs. LA Galaxy in the MLS playoffs

LAFC has had a banner MLS season, winning the Supporters’ Shield as star forward Carlos Vela broke the single-season scoring record with 34 goals in just 31 appearances. LAFC is the favorite to win this year’s MLS Cup, but on Thursday, will have to open its playoff campaign hosting a team it hasn’t beaten in five attempts in its first two seasons. That team, of course, is crosstown rival the LA Galaxy, who got past Minnesota United in its opener to allow this playoff edition of El Trafico to be reality.

Here’s how to stream LAFC vs. LA Galaxy live.

LAFC vs. LA Galaxy live stream: How to watch MLS Playoffs without cable

The match is on ESPN in English and ESPN Deportes en Español; the following services provide a one-week trial and therefore an easy way to this and other MLS playoff matches live.

PlayStation Vue is a fantastic option for soccer fans who already own a PlayStation console, but this streaming platform is available on a variety of devices. ESPN (where MLS games feature) and NBC and NBCSN (where the Premier League live) are part of the Core package of channels that offer soccer and other sports programming, and the options increase at the Elite and Ultra levels.

YouTube TV is a great option for soccer fans, including ESPN for Champions League matches, NBC and NBCSN for Premier League matches, and broadcasting partnerships with three MLS teams. (Take a look at the full list of YouTube TV channels here.)

LAFC vs. LA Galaxy: What to watch for

By virtue of winning the top seed, LAFC’s had time to rest. Still, the hosts might be without a key player, Mark-Anthony Kaye, who was injured on international duty early in Canada’s upset of the United States. Carlos Vela will, of course, be instrumental in this campaign, but look for Diego Rossi, who has 16 goals and seven assists over the course of the season, to figure considerably into a deep playoff run. Then again, LAFC had a surprising early exit in the playoffs last year, and it could be a second straight year of one-and-outs if it can’t get past its nemesis.

That nemesis had to travel to St. Paul last weekend to face Minnesota United FC. The Galaxy triumphed 2-1 thanks to Sebastian Lletget and Jonathan dos Santos, two key Galaxy contributors throughout the season. Many eyes will be on Zlatan Ibrahimovic, who cut a frustrated figure in his playoff debut. However, the Galaxy’s success might hinge on rising star Cristian Pavon, who combined with Zlatan for all three Galaxy goals in its 3-3 draw with LAFC when the teams last met in August.