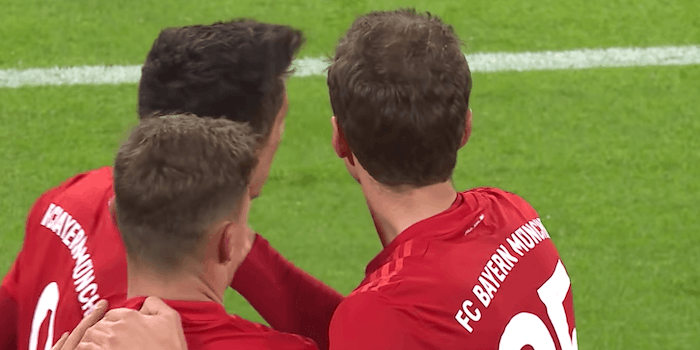 How to stream Chelsea vs. Bayern Munich live

The two clubs haven't met in the Champions League since the 2012 final in Munich.

Here’s everything you need to know to stream Chelsea vs. Bayern Munich in the UEFA Champions League live on Tuesday.

Bundesliga champions Bayern Munich travel to England on Tuesday to take on Chelsea, under former Blues player Frank Lampard in his first UCL campaign as manager. Chelsea started well in the Premier League this season before a recent poor run of form decreased the Blues’ lead on fifth place. Bayern finds itself in what is arguably a four-way title race in Germany, as the Bavarians attempt to win the Bundesliga for the ninth consecutive season. The two clubs haven’t met in the Champions League since the 2012 final in Munich, when Chelsea defeated Bayern 4-3 on penalties.

The match is on TNT and TUDN; these streaming services provide fans the opportunity to catch Champions League action throughout the tournament.

Chelsea (11 points, 2nd in Group H) dropped 12 points between Christmas and the winter break, including two bad losses to Newcastle and Southampton. This is much different from the kind of performances Chelsea was giving in the back half of 2019, like the epic three-goal comeback in the 4-4 draw against Ajax Amsterdam. Recent misfortunes paired with a quiet January window has many Chelsea fans nervous about the Bavarian machine rolling into town.

Bayern Munich (18 points, 1st in Group B) fired Niko Kovač in November after winning the double just six months prior, but his rocky start to the year was the final straw that led the board to bring in interim manager Hans Flick. Flick’s appointment has brought life back to the squad, which feels this may be its year after being knocked out by eventual winners Liverpool last season. Bayern romped 7-2 over Tottenham in its last visit to London earlier this campaign, but don’t expect this one to get anywhere near that nine-goal track meet.

Bayern Munich is the favorite in London at +100, with Chelsea at +255 and a draw at +270, according to DraftKings Sportsbook.