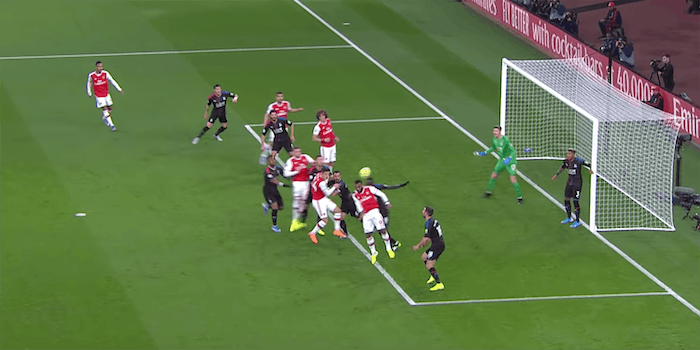 How to stream Arsenal vs. Wolves

Can Arsenal overcome a difficult week?

Did Arsenal hit a low point in the past week? After getting up to a 2-0 lead inside of 10 minutes, it let Crystal Palace back into the match, having to settle for a 2-2 draw. If that wasn’t bad enough, Arsenal let in a late equalizer during League Cup play against Liverpool on Wednesday, squandering a two-goal lead to get to an incredible 5-5 scoreline. Arsenal then lost in PKs—it must be said, to a team largely comprised of younger Reds. Now, they’ll head toward an uncertain future (maybe it’s not that dramatic?) against a hungry Wolves team on Saturday.

Here’s everything you need to know to stream Arsenal vs. Wolves live.

The match is on CNBC; these streaming services provide fans the opportunity to catch Premier League action throughout the season.

FuboTV is a solid TV streaming service option, whether your tastes run to entertainment (AMC, Syfy, FX), news (MSNBC, CNN), or sports (NBA TV, NFL Network). If you’re a soccer fan, however, it will appear tailor-made for you, with NBC and NBCSN for Premier League matches, 10 beIN SPORTS channels, FS1, FS2, UniMás, and Champions League action via TNT all on tap. If you can’t watch a match live, FuboTV offers a three-day replay for each match and 30 hours of cloud DVR. (Check out the complete FuboTV channels list.)

Arsenal (recent form: WDWLD) at least kept pace with Crystal Palace in the Premier League race, though it didn’t get any closer to the Top Four, looking up at a suddenly red-hot Chelsea. Though the League Cup exit doesn’t matter in the Premier League race makeup, it’s another indication that Arsenal’s defense has issues. The match did feature a return for Mesut Ozil, who looked so good that surely manager Unai Emery couldn’t keep him out of the lineup. Could he?

Wolves (recent form: DWWDD) dueled to yet another draw last weekend, getting a 1-1 draw with Newcastle. Jonny’s equalizer and Newcastle’s late red card helped Wolves keep its string of results going. The team is not yet matching its high-flying form of last year, but it hasn’t lost a Premier League match since letting Chelsea get five past it on Sept. 14.