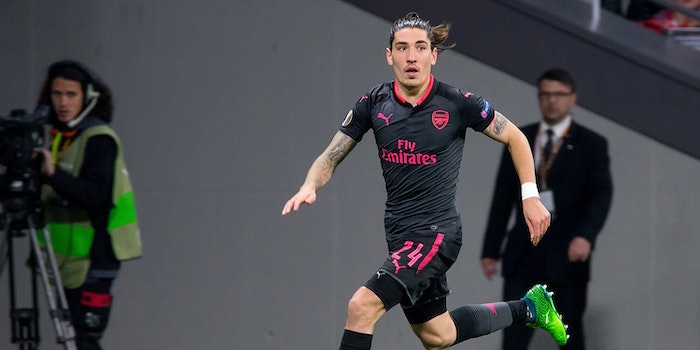 How to stream Arsenal vs. Burnley live

Arsenal's only won two of its last 16 matches and will look to improve upon that Sunday.

Here’s everything you need to know to stream Arsenal vs. Burnley live on Sunday.

Arsenal comes into this match in an uncustomary 10th place, having only won two of its past 16 matches. That’s certainly worrying Arsenal fans, despite the rays of hope that new manager Mikel Arteta’s bringing. At least Arsenal’s not losing right now; it’s drawn its past three matches.

Perhaps shoring up the defense is in order? Arsenal’s brass has brought in two defenders on loan this week—Pablo Mari from Flamengo and Cedric Soares from Southampton—to attend to that big need.

Burnley, on the other hand, is on a two-game win streak but still in 13th in the league as part of a pack of teams that will likely stave off relegation. Interestingly enough, though, both Burnley and Arsenal have 30 points from 24 matches. It’s only Burnley’s less sterling goal differential separating them at present.

Arsenal (last five Premier League matches: LWDDD) lost possible-double-agent David Luiz to a red card midway through the first half in its match against Chelsea on Tuesday before last. Arsenal overcame, however, matching Jorginho’s successful PK (that Luiz gifted) with a Gabriel Martinelli 63rd-minute goal. Then, it looked like Cesar Azpilicueta scored a game-winner in the 84th, but back-from-the-dead Hector Bellerin scored three minutes after Chelsea took the lead to salvage a point.

Burnley (last five Premier League matches: LLLWW) shocked Manchester United 2-0 in the rare midweek match Wednesday before last, with Chris Wood providing a goal six minutes from halftime and then assisting on Jay Rodriguez’s second-half insurance goal. If it feels like Burnley doesn’t win at Old Trafford very often … it doesn’t. It was Burnley’s first win there since 1962.