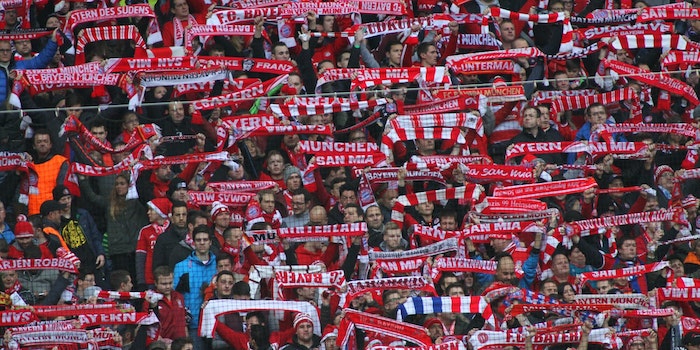 How to watch the DFB-Pokal final for free

Germany's answer to the FA Cup features two of its best teams trying for a title's that been elusive to them both.

Both Bayern Munich and RB Leipzig are going to the Champions League next season, with Bayern winning its seventh straight title (and eight in the past 10 years), and Leipzig finishing third in just its third Bundesliga season ever. They’ll face off this Saturday for the DFB-Pokal, Germany’s version of the FA Cup or the Copa del Rey, a tournament involving teams throughout the pyramid of German soccer.

Each of the following services carries ESPNews providing a one-week trial and therefore an easy way to watch the DFB-Pokal Final for free.

PlayStation Vue is a fantastic option for soccer fans who already own a PlayStation console, but this streaming platform is available on a variety of devices. ESPNEWS (where the final will play) is part of the Core package of channels that offer soccer and other sports programming, and the options increase at the Elite and Ultra levels.

YouTube TV is a great option for soccer fans, including TNT for Champions League matches, NBC and NBCSN for Premier League matches, ESPNEWS for the DFB-Pokal Final, and broadcasting partnerships with three MLS teams. (Take a look at the full list of YouTube TV channels here.)

DFB-Pokal Final: Why it matters

While Bayern Munich’s been dominant in Bundesliga, it’s only won one of the last four DFB-Pokal Finals; in fact, the trophy’s gone to four different teams the last four seasons, with Eintracht Frankfurt beating Bayern 3-1 in the most recent edition. If Bayern bucks that trend, they’ll apparently have to do it with midfielder Leon Goretzka, who is reported to be carrying enough of an injury to be a concern. Of course, they have plenty of other options to field a talent-laden squad.

RB Leipzig is talented as well—and one of the team’s leading lights this season is Tyler Adams, the 20-year-old American international player who came over from New York Red Bulls. He’s joined a team that includes Timo Werner (part of Germany’s 2018 World Cup team), Swedish standout Emil Forsberg, and Portugal international forward Bruma. Winning the cup final would be another key step in Leipzig’s quick ascent to German soccer prominence, though just making it this far sends a signal of its ambition.