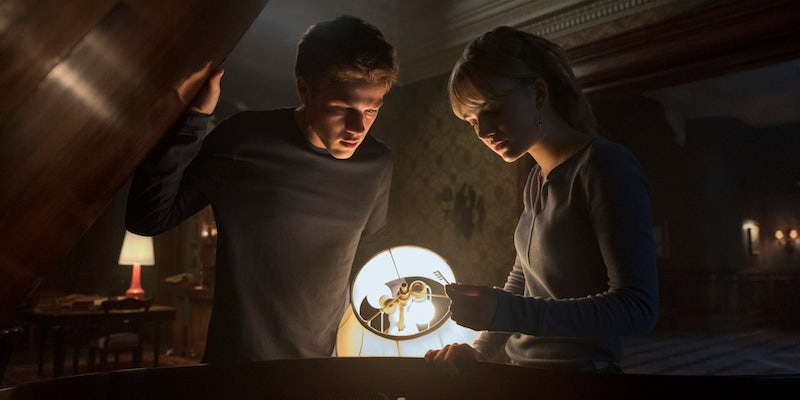 The cast shines in this new series.

Comic book adaptations are, as a rule, hard to pull off.

In recent years, however, we have seen a slew of truly fantastic series and films based on comic books. The Marvel Cinematic Universe has redefined the way we view superhero movies, and shows like Watchmen and The Umbrella Academy were surprise hits. Thankfully, Locke & Key, Netflix’s newest comic book adaptation, follows in the same vein as these success stories.

RELEASE DATE: 2/7/2020
CREATOR: Joe Hill
STREAMING: Netflix
Netflix’s ‘Locke and Key,’ based on the comic of the same name, is a fun, surreal series full of twists, turns, and memorable characters.

The beginning of the ten-episode series, based on the graphic novels of the same name, might seem familiar. Thankfully, Locke & Key quickly throws a few curveballs into the formula. Sure, you’ll recognize plenty about this story, but it is fresh enough to keep viewers guessing. You may be harder to surprise than I am—I feel no shame at how deeply I invest myself in the willing suspension of disbelief—but Locke & Key will likely still have a few twists and turns in store for you.

Three siblings—Bode, Kinsey, and Tyler—have just moved into their family’s ancestral home following the murder of their father. The inevitable PTSD from this experience is flawlessly woven into an intriguing and whimsical storyline. The characters, who start off as little more than archetypes, gradually gain depth and three-dimensionality as they discover the secrets their impressive home conceals.

And there are so very many secrets. This is the core of what makes Locke & Key an interesting watch. The show has a solid—and wonderfully diverse—cast who play their parts well, a beautiful setting, and an intriguing storyline, but it is the creative and fascinating nature of the keys of Keyhouse that makes the show ultimately worth watching.

As Bode (Jackson Robert Scott), the youngest of the siblings (played by Connor Jessup and Emilia Jones) and therefore the most adventurous, begins to discover the keys, an underlying insidiousness rears its head. His siblings, too caught up in their teenage angst to care, make plenty of individual mistakes before finally realizing the daunting power of the keys. In fact, Bode may be the only character in the show whose only mistakes are easily explained by his age. Several of the other characters—far older and presumably more experienced—make mistakes so obviously dense they can pull you away from the tension of a scene.

Years ago, I may have argued that the occasional witless character decision is necessary to move the plot forward. Particularly in recent years, however, we’ve seen plenty of films and series with intelligent, adaptive characters, and the plot has not suffered at all for their capability. While Locke & Key rarely falls victim to this tired storytelling method, some of the characters occasionally make exhaustingly terrible decisions. These are rare enough to not be too frustrating but still leech some of the immersion from the experience.

By hinging the series on kids—or teens, in Tyler and Kinsey’s cases—the show makes automatic allowances for some foolish behavior. Surprisingly, apart from his initial mistake, the youngest character tends to be the smartest. Bode consistently makes the right decision, and typically reacts to each new challenge with innovation, creativity and intelligence.

Overall, the cast performs well. The young characters grow noticeably through the series’ 10 episode run, and become more interesting and relatable for it. Nina Locke (Darby Stanchfield), mother of the titular trio, is a complex and difficult character. Her struggle is just enough a part of the plot to keep her character interesting, engaging and heartfelt. She lingers enough to the side, however, to allow the main cast to shine. Ultimately, the show’s primary villain stands out the most. Laysla De Oliveira brilliantly delivers a surreal, dangerous performance that will keep viewers curious as to her intent. When her big reveal finally comes, it should take at least some viewers thoroughly off-guard.

While the series doesn’t necessarily break any new ground, it brings fresh energy to a beloved format. The characters don’t stagnate, and the story stays energetic and intriguing. There is something new and surprising in store until the season’s very last moments, and it sets itself up well for an inevitable second season.