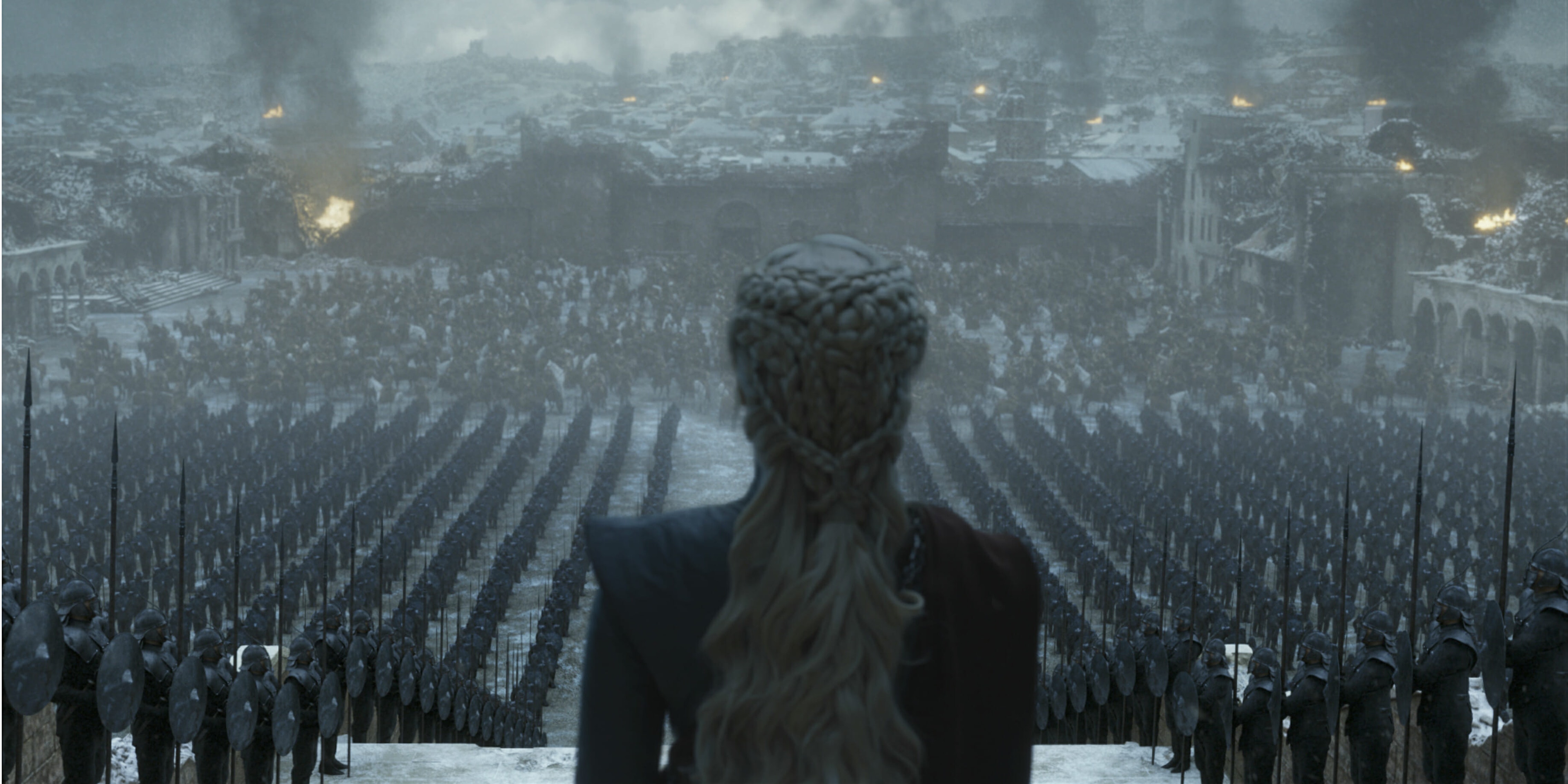 Who will kill Daenerys in the final episode of ‘Game of Thrones?’

Who will take down the mad queen?

Warning: This article contains spoilers for Game of Thrones season 6, episode 5, “The Bells.”

Game of Thrones is known for throwing its viewers for a loop, and last week’s episode was no exception. Young Daenerys Targaryen ignored the bells of surrender and burned King’s Landing to the ground, scorching innocents and soldiers alike. But as the final episode fast approaches, many fans are wondering how she will be stopped. If it comes down to it, who will kill Daenerys?

Who will kill Daenerys?

Despite fans clamoring for fire and blood, many were shocked and disappointed by Daenerys’ display of brutality on Sunday. And with the rise of the Mad Queen, her tragic ending in the final episode might be inevitable. Here are the leading theories about who will kill Daenerys.

He may seem like an unlikely option, but Jon Snow could be the one to take Dany’s life. He may not be able to reciprocate her love the way she wants, but Jon certainly loves his queen. When she ignored the advice of her advisers and rained fire upon King’s Landing, the Mother of Dragons shattered the trust that Jon and others had in her. He is a good man, and Dany’s actions went against everything he believes in. Her betrayal of his trust could be enough to motivate Jon to take her life.

There have also been theories swirling about George R.R. Martin’s Azor Ahai prophecy. The prophecy does not have the same level of importance in the series that it does in the books, but it has been mentioned on several occasions. Several theories claim that Jon—the “true” prince that was promised—will have no choice but to plunge Longclaw into Dany’s chest to fulfill the prophecy and create Lightbringer, Azor Ahai’s legendary sword.

Arya has been carrying much of the action so far in season 8. The youngest Stark daughter was the one to deliver the final blow on the Night King, winning the war for humanity. She traveled south to King’s Landing in an attempt to kill the queen, only to instead flee the destruction Dany wrought on the innocent civilians there. Arya’s first-hand view of the horror Dany unleashed—combined with her impressive fighting skills—makes her a likely choice to strike the final blow.

Not only is Arya a capable warrior, but her talents as an assassin have long been established. Though she hasn’t used her faces so far this season, Arya still has the ability to conceal her identity with ease. Her skills give her multiple approaches, should she decide to end Dany’s short-lived rule.

Arya’s relationship with Sansa may also hint toward her ultimately taking the Mad Queen’s life. Sansa never trusted the dragon queen, and she spent the last several seasons trying to convince Jon not to bend the knee to Daenerys, ultimately failing. If Sansa were to order her little sister to strike Dany down, it seems likely that Arya would comply. She has served as Sansa’s executioner before, trusting her big sister’s wisdom when it comes to the world of politics.

Varys may be dead and gone, but his little birds are not.

The Master of Whisperers was clear about his loyalties from the outset of the show. On multiple occasions, he reinforced that he serves the realm, not a specific ruler or lineage. When he felt that the Lannisters failed in their duties as monarchs, he abandoned them for better prospects. When he lost faith in Dany’s ability to rule, he threw his support behind Jon Snow instead. This action led to his death by Dragonfire for treason against the “rightful queen.”

Before he was marched to his death, however, Varys had a few subtle moments that could hint toward his plans for Dany. Before Grey Worm and his Unsullied came to gather Varys, he had a brief exchange with one of his little birds. The young girl explained to Daenerys’ spymaster that the queen wouldn’t eat and expressed nervousness that her guards were keeping a close watch. Many fans felt that this conversation indicated Varys’ intent to poison Dany before she had the chance to destroy King’s Landing.

Along with the exchange with his little bird, fans noticed another potential hint toward Varys’ plan. In a purposeful scene, Varys removed each of his rings and placed them in a goblet. It wouldn’t be the first case of poisoned jewelry in Game of Thrones, as Littlefinger and the Queen of Thorns used the poison concealed in Sansa Stark’s necklace to kill King Joffrey. Some fans believe that the scene points toward Dany’s fate, indicating that she’ll be poisoned by a little bird using the stone in one of Varys’ rings.