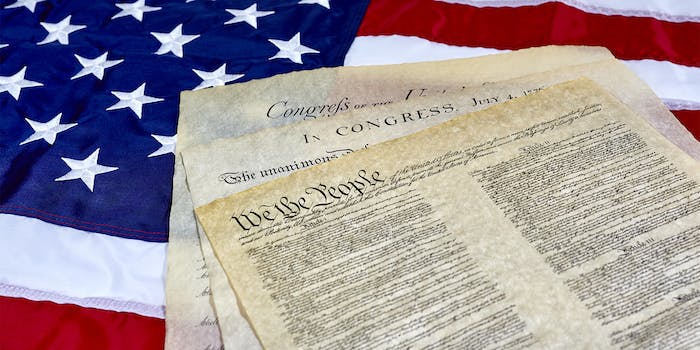 The Third Amendment is finally getting love after D.C. kicks troops out of hotels

It's time has come.

The Third Amendment doesn’t get the same kind of attention as other parts of the U.S. Constitution, but on Friday morning it was having its moment.

Washington D.C. Mayor Muriel Bowser said on Thursday that she wanted out-of-state troops out of the city, ones that were called in following protests about police brutality and racism in the wake of the killing of George Floyd.

On Thursday, NPR reported that National Guard troops were being housed in hotels around Washington D.C. A National Guard spokesperson told the news outlet that it was “common practice” for troops to be put up in hotels at a government rate.

But a tweet from Sen. Mike Lee (R-Utah) about Bowser wanting the troops out of the city and apparently requesting that Utah’s National Guard be taken out of hotels specifically sparked a discussion about the Third Amendment—leading it trending on Twitter.

“Just heard that Mayor Bowser is kicking the Utah National Guard out of all DC hotels tomorrow. More than 1200 troops from 10 states are being evicted. This is unacceptable,” Lee wrote in his tweet.

The tweet became a springboard for people to discuss the Third Amendment, with many people shocked it was coming up at all, while others argued that the decision to remove troops from hotels was constitutional.

Since hotels are privately owned businesses, it’s conceivable that if the troops were housed there without consent it would run afoul of the Third Amendment. However, given that it is “common practice” for them to be housed in hotels, it’s likely they have consent.

But given the amendment doesn’t get much love, let it have its moment.