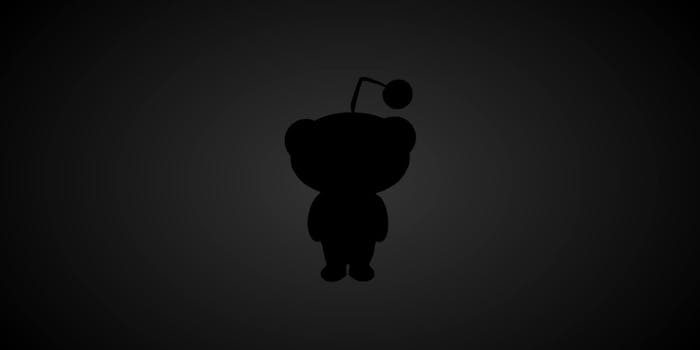 Participants, like r/popheads and r/AskHistorians, say the site is not doing enough to address hate on its own platform.

Communities all across Reddit went dark this week in protest of the police killing of George Floyd. But many say their participation in the digital demonstration was also intended to highlight Reddit’s alleged inaction against racism on its own platform.

Dozens of subreddits joined in on the protest by either banning new posts for 24 hours or eight minutes and 46 seconds (the latter of which is the amount of time Floyd spent with a Minneapolis police officer’s knee on his neck).

Moderators all across the site also used the moment to criticize what many feel are Reddit’s lax policies toward hateful content.

“Hate has no place on reddit, or anywhere else, and the admins have allowed hate to fester since the beginning of the platform,” wrote u/courtiebabe420, a moderator for the popular r/music subreddit. “It’s now a massive problem, and we fully believe something must be done to address it.”

Pushback on the platform came after former Reddit CEO Ellen Pao accused the site of allowing racism to fester in response to a letter from current CEO Steve Huffman denouncing intolerance.

Pao also made specific mention of r/the_donald, a pro-Trump subreddit that has stirred controversy over the years.

“I am obligated to call you out: You should have shut down the_donald instead of amplifying it and its hate, racism, and violence,” Pao tweeted. “So much of what is happening now lies at your feet. You don’t get to say BLM when reddit nurtures and monetizes white supremacy and hate all day long.”

Other subreddits including r/AskReddit and even r/NFL similarly participated and weighed in.

“Reddit has harbored racists as policy for years /u/spez,” a post from moderators said. “It has led to battling racism constantly, increased by the kneeling that encompassed Black Lives Matter’s message.”

Huffman said in his Monday letter that the company is looking into ways that it can amplify conversations on important social causes.

“In the short term, we are exploring a range of options, from on-site activations, to shifting marketing resources to address these needs, and hosting AMA’s that will help guide conversations. And of course, I’d like us to find a way to let Reddit do what Reddit does best and—among other things—amplify conversations that people need to see (here’s one from r/blacklivesmatter from the weekend worth calling out), surfacing the experiences people come to our platform to share (protests on RPAN as one example from this weekend), and supporting our communities on the site (with outreach from Community and Safety to communities of Black redditors specifically).”

The subreddits that were said to have taken part in the protest are as follows: