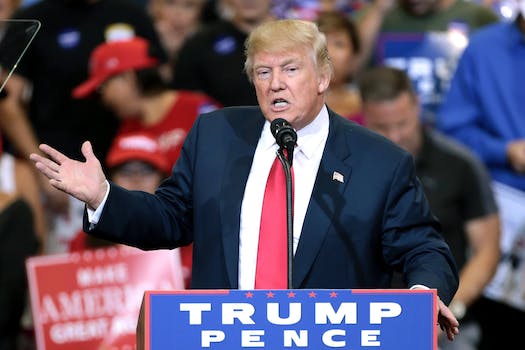 'Scott Walker's nose is so brown a cop tried to arrest it on his walk home.'

“Hard to imagine any other @POTUS having the guts to walk out of the White House like this: @realDonaldTrump,” the tweet description read.

According to the New York Times, Trump left to visit St. John’s Church, across from the White House, which was briefly set on fire by people protesting police brutality Sunday night. Police officers used tear gas and flash-bang grenades to clear protestors from Lafayette Square for the photo-op just before curfew in Washington, D.C.

Rev. Mariann Budde, the Episcopal bishop of Washington, said she was outraged by the methods and was unaware that the visit would be taking place in an interview with the Washington Post.

“I am the bishop of the Episcopal Diocese of Washington and was not given even a courtesy call, that they would be clearing [the area] with tear gas so they could use one of our churches as a prop,” Budde said in the interview.

In a video from the Washington Post, protestors appear to be peacefully standing in front of police before being forced back.

Walker tweeted the photo later that night. The former governor of Wisconsin briefly ran for the presidency in 2016 as a Republican.

As of publication, the tweet had almost 10,000 retweets with comments and over 55,000 replies. Some pointed out the lack of masks in the photo, while others criticized Walker for implying the President was “brave” for leaving the White House surrounded by protection.

“Truly awe-inspiring. With only the police, the military, rubber bullets, tear gas, and a phalanx of secret service operatives to protect him, Trump had the courage to walk a few yards, wave a book he’s never read, and then scurry back to the bunker. Inspirational,” @ememess tweeted.

Others are being more direct and calling Walker himself a coward.

“Shamed by reports of hiding in a bunker while Americans demanded justice outside the walls, Trump orders his stormtroopers to clear the streets with gas and then walks out of the White House escorted by the fucking ARMY. Only a craven coward like Walker would think that courage,” @Stonekettle tweeted.

John Legend also stepped into the conversation and tweeted his own version of Walker’s tweet.

Ron Placone, a white comedian who has been actively tweeting about the protests, called out the former governor through a joke.

“Scott Walker’s nose is so brown a cop tried to arrest it on his walk home,” he tweeted.