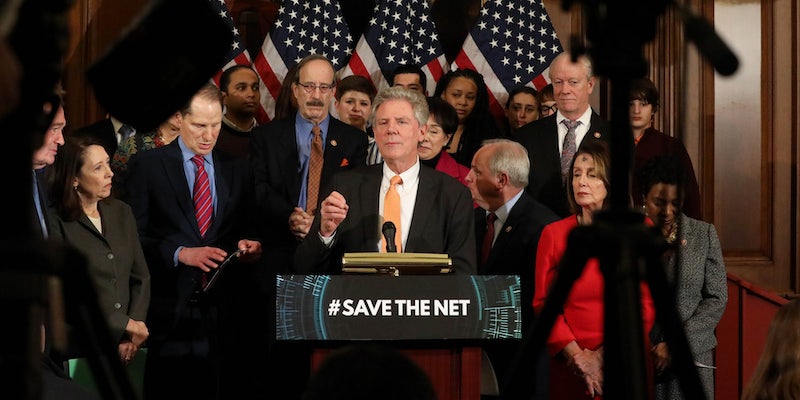 The vote will reportedly take place the week of April 8.

The House of Representatives will vote on the Save The Internet Act, the bill that aims to restore net neutrality rules, early next month.

House Majority Leader Steny Hoyer (D-Md.) announced on Monday that the Save The Internet Act will get a vote the week of April 8, according to Politico. The time frame was announced as part of a number of other Democrat-backed bills that will see votes in the coming weeks.

It’s likely that the Save The Internet Act will pass through the Democratically controlled House of Representatives. The bill had a legislative hearing last week where Rep. Mike Doyle (D-Penn.), who sponsored the House version of the bill, said he intended for the three-page bill to get a markup.

It’s unclear if the bill will have the same success in the Senate. The Senate version of the bill was cosponsored by all but one Democrat, Sen. Kyrsten Sinema (D-Ariz.), who announced that she had formed a “working group” to discuss net neutrality with Sen. Roger Wicker (R-Miss.).

Last year, when Democrats tried to use the Congressional Review Act (CRA) to overturn the FCC’s repeal, several Republicans broke ranks with their party to vote in favor of it and it passed the Senate. The House, controlled by Republicans at the time, did not get the needed number of signatures to force a vote.

If the bill passed the Senate and the House, President Donald Trump would need to sign it into law.