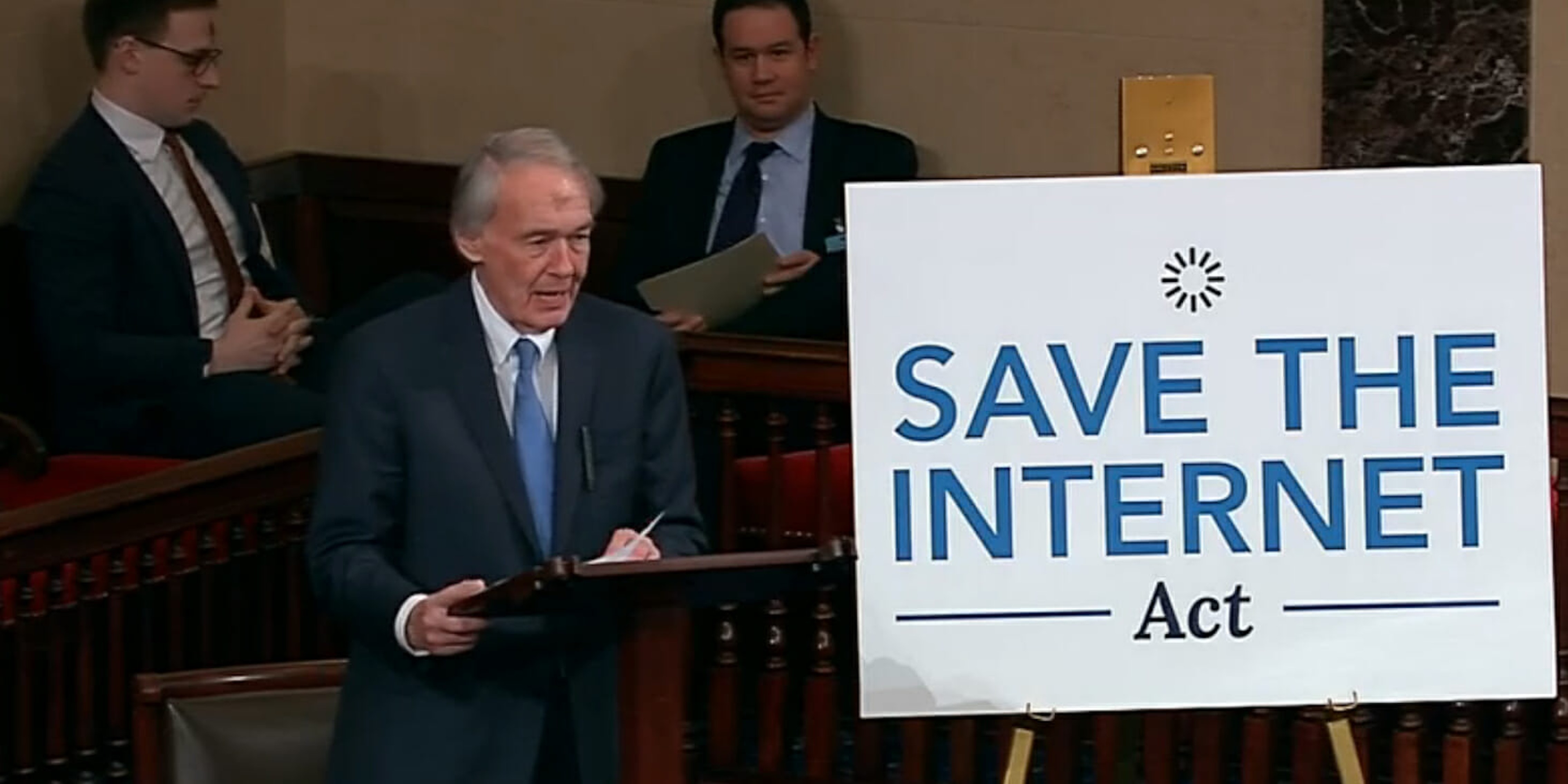 He challenged critics who said the 'sky hasn't fallen' since the FCC's repeal.

Sen. Edward Markey (D-Mass.) challenged net neutrality critics who claim none of the negative effects that were warned about have happened since the Federal Communications Commission (FCC) repealed net neutrality rules last year. Markey’s remarks came during a speech last night trying to drum up support for the “Save The Internet Act.”

Markey spoke on the Senate floor just hours after Democrats in both the Senate and the House of Representatives announced that the “Save The Internet Act,” which would essentially undo the FCC’s repeal and restore the 2015 Open Internet Order, would be acted on in a “matter of weeks.”

During the speech, the Massachusetts senator criticized people who claim the “sky hasn’t fallen” since the FCC’s repeal in 2017, pointing to the ongoing legal battles.

“But the critics claim the sky hasn’t fallen since the FCC repeal, so why do we need net neutrality at all?” the senator said. “Well, the answer is simple. There is pending litigation right now in the D.C. Circuit Court challenging the FCC’s repeal. So there’s every reason in the world why the ISPs would not change their practices until the legal matter is settled in court.”

“Any prudent business would act cautiously when there’s an issue pending before a court. But once the issue is resolved in court, there are no rules. They can do what they want.”

The House announced earlier this week that it will hold a legislative hearing for the “Save The Internet Act” next week. The hearing is titled “Legislating to Safeguard the Free and Open Internet.”

You can see all of Markey’s remarks on the Senate floor via C-SPAN, starting at the 8:32:15 mark.