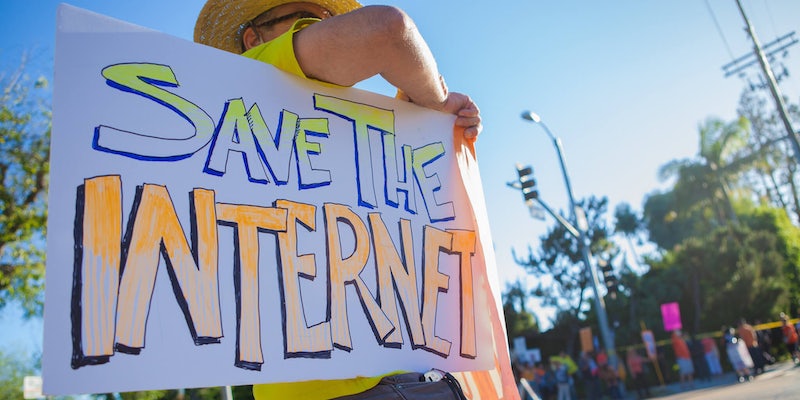 First responders had asked for another extension because they are grappling with the coronavirus emergency.

The Federal Communications Commission (FCC) denied a request from first responders and cities in California and New York to extend a comment period on a portion of its net neutrality repeal.

The groups had requested an extension as they’ve been grappling with and responding to coronavirus.

Last year, a federal court largely upheld the FCC’s controversial repeal of net neutrality rules, but remanded portions of it—including its impact on public safety—and required the agency to seek comment on it from the public and experts.

However, in the midst of the comment period, states began dealing with the coronavirus emergency, pushing first responders to ask for an extension of the comment filing deadline. The FCC pushed the original deadline from March 30 to April 20.

During that time, the docket had thousands of comments from the public and experts, with many of them in favor of restoring net neutrality.

Last week, the city of Los Angeles, Santa Clara County, the Santa Clara County Central Fire Protection District, and the City of New York once again asked for an extension, citing the fact that “many essential public safety and public health officials are working around the clock to protect residents from the novel coronavirus pandemic.”

Santa Clara County was part of a large coalition that brought a lawsuit against the FCC over its net neutrality repeal. Its firefighters had data throttled by Verizon while they were battling devastating wildfires.

On Monday, the FCC’s Wireline Competition Bureau denied their request. It essentially argued that the groups did not show how the “pandemic affected their ability to file a timely motion for extension of time” and that other interested parties had already filed comments.

The decision did not sit well with lawmakers and even one member of the FCC.

Rep. Anna Eshoo (D-Calif.), who has been vocal in her support of net neutrality in the past, called the decision “shameful, offensive, and dangerous.”

“When the Trump FCC repealed net neutrality two years ago, it completely ignored public safety. Santa Clara County firefighters paid a steep price when Verizon throttled their data speeds as they fought the worst fire in California’s history, and the County was helpless to resolve the issue,” Eshoo said in a statement, adding: “Now, when these same first responders of the Santa Clara County Fire Department are requesting a very reasonable extension to file their comments in the FCC’s order because they are on the front lines in responding to the worst pandemic of our lifetimes, Chairman Pai has ignored their pleas.”

Likewise, FCC Commissioner Jessica Rosenworcel, a Democrat, said it was understandable that first responders would want more time to comment on the repeal’s impact on public safety considering they have been focused on battling the coronavirus pandemic.

“The FCC was wrong when it repealed net neutrality and was wrong again today in its decision to deny a request from cities and first responders seeking extra time to comment on the net neutrality remand,” Rosenworcel said in a statement,” adding: “It’s shameful that the FCC did not heed their request.”