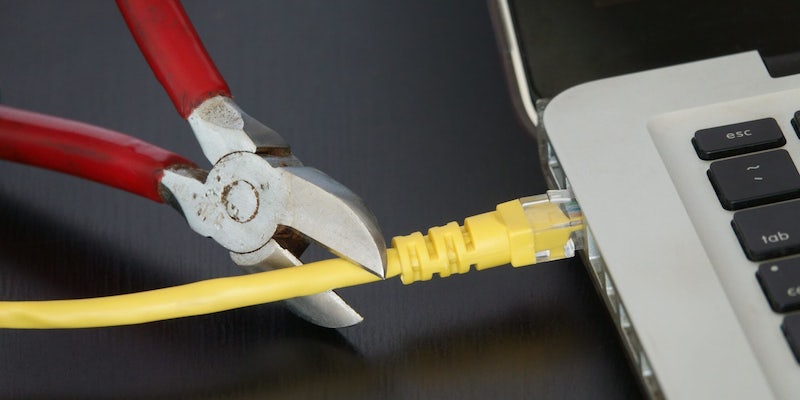 As the coronavirus emergency forced businesses and schools to rely on remote work to continue functioning, the Federal Communications Commission (FCC) asked broadband providers to sign a pledge to keep Americans connected.

However, as NBC News reports, despite those providers signing on—some Americans are saying they haven’t been able to stay online.

The FCC launched the “Keep Americans Connected Pledge” in response to the coronavirus emergency, a non-binding pledge asking broadband and telephone providers not to terminate customer service if they are unable to pay bills, waive late fees, and open WiFi hotspots to anyone who needs them.

More than 700 companies signed the pledge, according to the FCC, including major companies like AT&T, Comcast, Sprint, and Verizon.

While experts commended the FCC for doing something to try and keep Americans online during the pandemic, they have also noted that they could be doing more—and that their decision to repeal net neutrality in 2017 hindered their ability to require, rather than ask, providers to step up during the emergency.

NBC News spoke to several people who said they were disconnected suddenly during the coronavirus emergency. The FCC told the news outlet it has received complaints about disconnections, but said it thinks they “may reflect increased attention on the FCC’s work to keep people connected.”

The providers that spoke to the news outlet urged customers to contact them about disconnections.

The coronavirus emergency has shined a light on the country’s digital divide. Given the importance of being connected to the internet—for both work and school—advocates have begun pushing Congress to make sure that broadband and other utilities cannot be shut off for an extended period of time after the emergency has slowed.