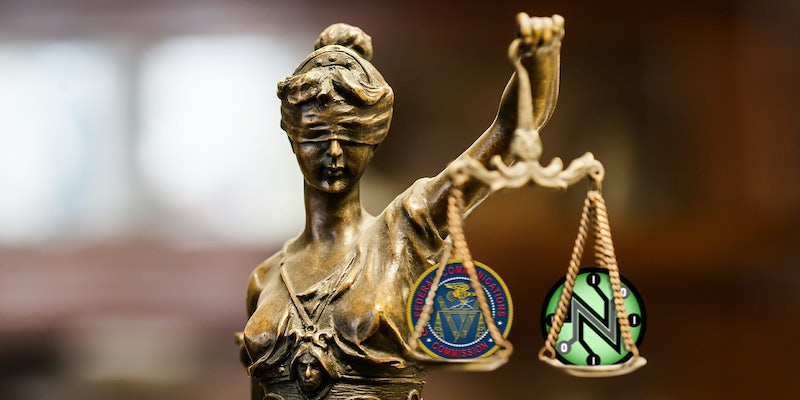 The court decision has been anticipated for months.

A federal court has ruled that most of the Federal Communications Commission’s (FCC) order repealing net neutrality in 2017 will be upheld, but also vacated a portion of it that blocked states from enacting their own laws.

The United States Court of Appeals District of Columbia Circuit released its net neutrality decision stemming from Mozilla Corporation v. FCC on Tuesday. The FCC and advocates argued their case before a panel of three judges for more than four hours in early February.

Since then, there has been palpable anticipation from net neutrality advocates each week waiting for a decision from the court.

On Tuesday, the judges called most of the arguments from the advocates “unconvincing for the most part,” but did order that the FCC vacate a portion of the Restoring Internet Freedom Order.

The court argued that the FCC did not show its “legal authority” for preempting states from imposing their own net neutrality rules.

Several states have pushed forward their own rules regarding net neutrality in the wake of the repeal, but have faced lawsuits–many of which were put on hold until today’s decision was announced.

The court also ordered that the agency to rework several parts of the order, noting that it “failed to examine the implications of its decisions for public safety;” that it did not “sufficiently explain what reclassification will mean for regulation of pole attachments; and that it did “not adequately address petitioners concerns about the effects of broadband reclassification on the Lifeline program.”

FCC Chair Ajit Pai on Twitter called it a “victory for consumers.”

In February, advocates argued about the legality of the FCC’s order, including the agency’s ability to classify internet service providers as an “information service” rather than a “telecommunications service” under Title II of the Communications Act. They also argued about the procedural rules leading up to the FCC’s decision to pass the Restoring Internet Freedom Order.

This is a breaking news story and will be updated.