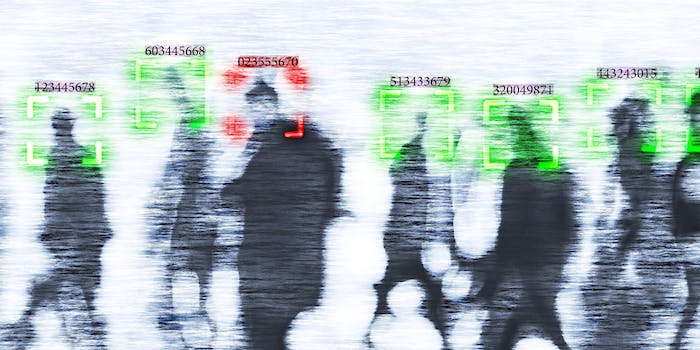 Amazon on Wednesday announced that it was halting police use of its facial recognition technology for one year, but privacy advocates believe the retail giant’s move does not go far enough.

Law enforcement and government use of facial recognition technology has long been criticized by privacy advocates, as the technology has been shown to have a racial bias and the scanning of biometric information raises civil liberty concerns.

Amazon specifically has faced criticism for its relationships with law enforcement. Amazon Web Services CEO Andy Jassy said in a PBS documentary earlier this year that he didn’t know how many police departments were using Rekognition.

All of this comes as a coalition of groups have called for an outright ban on government use of facial recognition. Some restrictions on the use of the technology were also part of a recent police reform bill from Democrats.

Lawmakers have also said facial recognition has been used as part of surveillance of protests against police brutality and racism that have popped up across the country following the police killing of George Floyd.

The announcement came just a day after IBM said it would stop offering the technology.

“We really think that this is far too little, far too late. They’ve been selling Rekognition to police departments for years. They kept doing that even after evidence emerged of racial bias, they kept doing that after evidence emerged of gender bias,” Cahn said. “I think that simply telling Congress to come up with regulations isn’t a substitute for stopping your own company from selling products that are hurting people.”

In addition to the moratorium, Amazon also said it hoped Congress would pass laws surrounding the use of the technology—echoing remarks made by CEO Jeff Bezos last year when he said the company’s public policy team was working on guidelines to pitch to lawmakers.

Cahn added that Amazon pushing for Congress to pass facial recognition laws could be because a potential federal law wouldn’t be as strong as some on the state level.

Steven Renderos, the executive director of Media Justice, said while the one-year moratorium was a testament to the groups pressuring companies to do better, there was still more Amazon could be doing.

“While it creates the conditions for a moratorium on police use of facial recognition for a year, it doesn’t prevent Amazon from engaging in some of the other ways they are already collaborating with law enforcement,” Renderos told the Daily Dot. “If they truly cared about Black lives, as their public statements have indicated, they would divest from those other programs as well.”

“There’s more here that Amazon could do if they truly wanted to step up and demonstrate that they truly care about Black lives in this current political moment.”

Sen. Edward Markey (D-Mass.), who has been critical of Amazon and its relationship with law enforcement in the past, called on the retail giant to suspend its facial recognition business.

“Pressing pause on the use of this technology by law enforcement is a positive step, but what Amazon should really do is a complete about-face and get out of the business of dangerous surveillance altogether,” Markey said in a statement. “That means also making wholesale changes to its Amazon Ring products and Neighbors app because the policies governing those offerings are an open door for privacy and civil liberty violations.”

Evan Greer, the deputy director of Fight for the Future, called Amazon’s announcement on Wednesday “nothing more than a public relations stunt.”

Fight for the Future has been leading a charge of dozens of groups calling for a ban on the use of facial recognition technology.

“This is nothing more than a public relations stunt from Amazon. But it’s also a sign that facial recognition is increasingly politically toxic, which is a result of the incredible organizing happening on the ground right now,” Greer said in a statement.