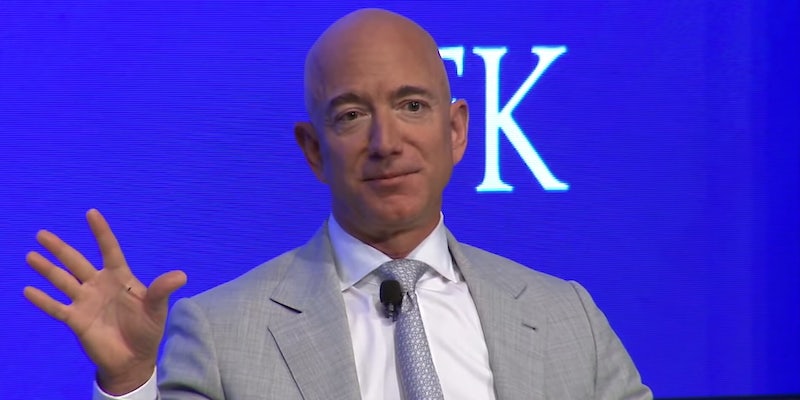 Amazon is working on a set of laws that would regulate facial recognition technology, according to a new report.

The retail giant has faced scrutiny for its own facial recognition technology, Amazon Rekognition. However, according to Recode, Amazon CEO Jeff Bezos said the company has been working on laws to pitch to lawmakers that would regulate the space they are operating in.

“Our public policy team is actually working on facial recognition regulations; it makes a lot of sense to regulate that,” Bezos said, according to Recode, adding: “It’s a perfect example of something that has really positive uses, so you don’t want to put the brakes on it… But, at the same time, there’s also potential for abuses of that kind of technology, so you do want regulations. It’s a classic dual-use kind of technology.”

Earlier this year, the retail joint released “some thoughts” on facial recognition, and offered up some broad strokes on what it believed should be regulations on the use of the technology.

In August, Amazon said its Rekognition technology could detect “fear” alongside other emotions like “happy,” “sad,” “angry,” “calm,” “disgusted,” and others. Around the same time, the Los Angeles Times reported that the American Civil Liberties Union used Rekognition and found that it mistook one in five California lawmakers for criminals.

Lawmakers in Congress have expressed concern over its use, and a large swath of advocacy and digital rights groups have backed a push to ban the use among law enforcement. The technology’s use in law enforcement has also gotten the attention of some 2020 Democratic presidential hopefuls.

Several cities, including San Francisco; Oakland, California; and others, have banned the use of the technology or are exploring doing so.

You can read all of Recode’s report here.