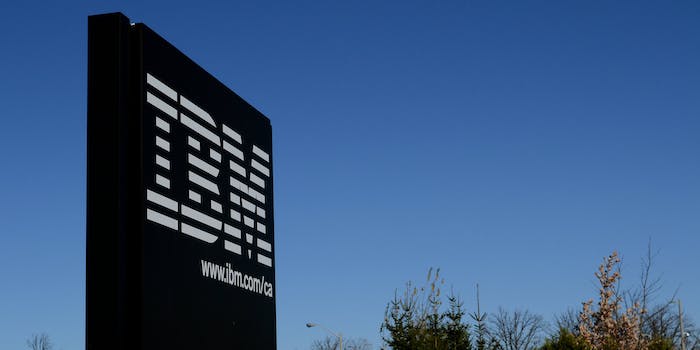 IBM says it will no longer offer facial recognition software

The technology has been criticized for having a racial bias.

IBM on Monday told members of Congress that it will no longer offer its facial recognition technology and said its use among law enforcement needed to be examined.

“IBM firmly opposes and will not condone uses of any technology, including facial recognition technology offered by other vendors, for mass surveillance, racial profiling, violations of basic human rights and freedoms, or any purpose which is not consistent with our values and Principles of Trust and Transparency,” IBM CEO Arvind Krishna wrote in a letter to several senators. “We believe now is the time to begin a national dialogue on whether and how facial recognition technology should be employed by domestic law enforcement agencies.”

Krishna’s letter comes as the technology has been criticized by activists as having a racial bias, and calls have grown louder for banning the use of facial recognition by the government and law enforcement.

The technology has reportedly been used to surveil people attending protests against racism and police brutality in the wake of the killing of George Floyd, a Black man who was killed by a police officer who knelt on his neck for nearly nine minutes.

“Artificial Intelligence is a powerful tool that can help law enforcement keep citizens safe. But vendors and users of Al systems have a shared responsibility to ensure that Al is tested for bias, particularity when used in law enforcement, and that such bias testing is audited and reported,” Krishna wrote.

The use of the technology by law enforcement has been highlighted by relationships Clearview AI, a facial recognition startup, has with agencies and police departments.

The company scraped public-facing photos of people from various social media sites and put them in a database. The company has reportedly worked with numerous law enforcement agencies, prompting criticism and several lawsuits.