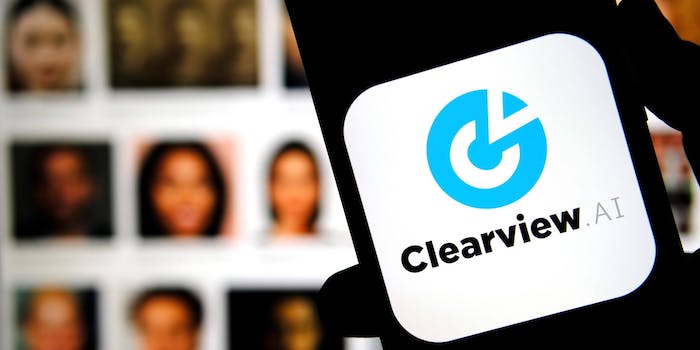 The suit calls the company an unprecedented 'nightmare.'

Clearview has drawn immense scrutiny in recent months after it was revealed that it collected a massive database of people’s photos by scraping public-facing ones from popular social media websites. Subsequent reports found that the company had contracts with a number of retailers and other organizations and companies.

The ACLU argues that the company has violated the Illinois Biometric Information Privacy Act (BIPA), a law that requires third-parties to get consent before capturing biometric information of the state’s residents.

“Clearview’s brazen disregard for individual privacy rights violates Illinoisans’ rights under the BIPA, which was specifically designed to protect Illinois residents from practices like Clearview’s,” the ACLU writes in its lawsuit.

The suit is similar to one that was filed in Illinois earlier this year. That suit also alleges Clearview violated BIPA, and specifically hones in on the use of the company’s technology by law enforcement agencies.

In response to that suit, Clearview said in a court filing earlier this month that it was “canceling the accounts of every customer who was not either associated with law enforcement or some other federal, state, or local government department, office, or agency.”

Nathan Freed Wessler, a staff attorney for the ACLU, said the collection of photos that Clearview has amassed “represent an unprecedented threat to our security and safety” in a blog post explaining the suit.

“By building a mass database of billions of faceprints without our knowledge or consent, Clearview has created the nightmare scenario that we’ve long feared, and has crossed the ethical bounds that many companies have refused to even attempt,” Wessler wrote. “Neither the United States government nor any American company is known to have ever compiled such a massive trove of biometrics.”

The ACLU’s lawsuit also partners with several organizations representing survivors of sexual assault and domestic violence, undocumented immigrants, and others. The database, the groups argue, makes it easy to identify people at personal meetings or gatherings.

“For our clients—organizations that serve survivors of domestic violence and sexual assault, undocumented immigrants, and people of color—this surveillance system is dangerous and even life-threatening,” Wessler wrote. “It empowers abusive ex-partners and serial harassers, exploitative companies, and ICE agents to track and target domestic violence and sexual assault survivors, undocumented immigrants, and other vulnerable communities.”

The suit asks for a court order to have Clearview delete the faceprints collected from Illinois residents. Earlier this year, Facebook agreed to pay $550 million as part of a settlement stemming from a lawsuit that alleged it violated BIPA by using facial recognition technology to suggest people to be tagged in photos.

Experts have said Illinois’ law shows that more similar laws are needed across the country.