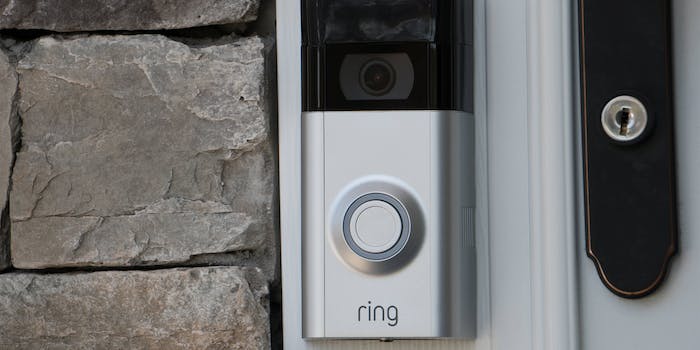 Amazon does not have robust restrictions on how long law enforcement agencies can keep footage requested from Ring doorbells, according to answers given to Congress that were made public on Tuesday.

Sen. Edward Markey (D-Mass.) on Tuesday released answers he received from Amazon from questions he asked in September and October. Amazon, which owns Ring, has faced scrutiny over its partnerships with law enforcement agencies for months.

Within the letters, the retail giant says it “does not require law enforcement to delete materials shared through a video request after a certain period of time,” adding that agencies may be “subject to local record keeping laws” and that they may need the videos to “complete ongoing investigations.”

In addition, Ring told the senator that it does not require law enforcement agencies to have any “evidentiary standard” when requesting footage captured on the doorbells. Through the agreements with law enforcement, Ring users can allow for those agencies to request footage through a Neighbors portal.

“Connected doorbells are well on their way to becoming a mainstay of American households, and the lack of privacy and civil rights protections for innocent residents is nothing short of chilling,” Markey said in a statement. “Amazon Ring’s policies are an open door for privacy and civil liberty violations.”

Markey also criticized Ring’s policy for allowing law enforcement to request footage for a maximum time of 12 hours that can cover a half a mile, and for videos that are up to 45 days old. Amazon told the senator that while the terms of service require that a Ring doorbell only capture their own property, it “does not view users’ videos to verify compliance” with the rules.

“If you’re an adult walking your dog or a child playing on the sidewalk, you shouldn’t have to worry that Ring’s products are amassing footage of you and that law enforcement may hold that footage indefinitely or share that footage with any third parties,” Markey continued in his statement. “Amazon’s Ring is marketed to help keep families safe, but privacy rights are in real danger as a result of company policies. Amazon is not doing enough to ensure that its products and practices do not run afoul of our civil liberties.”

A spokesperson for Ring’s Neighbors portal told the Washington Post that they designed it to make sure users can decide whether they want to share footage with police.

“Ring users place their trust in us to help protect their homes and communities, and we take that responsibility very seriously,” the spokesperson told the news outlet.