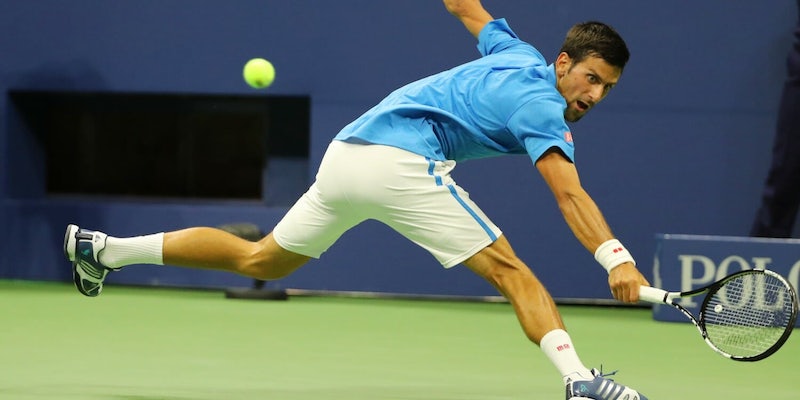 How to watch Wimbledon online for free

Wimbledon's synonymous with tennis, and it's underway through July 14. Can Djokovic and Kerber retain their crowns?

The 133rd edition of Wimbledon officially starts Monday and runs through July 14 — though qualifiers to winnow the fields down to 128 men and 128 women have been going on the past week. The tennis championship — with all the serves, rallies, and polite applause being covered by ESPN – is one of four major tournaments that make up tennis’s Grand Slam. Yet it has the grandeur and mystique (and mid-summer scheduling) that makes it a must-watch event for casual tennis fans as well as more hardcore fans.

What channel is Wimbledon on?

Wimbledon will be broadcast on the ESPN family of networks.

When are the men’s and women’s Wimbledon championships?

How to watch Wimbledon online for free

Each of the following services carries ESPN and ESPN2, providing a one-week trial and therefore an easy way to watch Wimbledon for free.

Sling TV provides two base channel package options, each priced at $25 per month. Sling Orange includes three ESPN channels (covering your Wimbledon needs), while Sling Blue includes sports channels like NFL Network, FS1 and FS2, NBCSN, and local channels. If you’re Team “Why Not Both,” Sling Orange + Blue combines the two for just $40 per month. To get additional motor sports (and soccer), you can add beIN SPORTS with either Sports Extra: Sling Orange ($5 per month) or Sports Extra: Sling Blue ($10 per month). (The latter also includes NFL RedZone.)

Spanish-speaking viewers have quite a few options. For bilingual families, you might consider the Español: Best of Spanish TV package for either Sling Orange or Sling Blue for 24/7 specialty channel LaLiga TV and beIN SPORTS Connect: Channels 4-9, which features matches from LaLiga, Ligue 1 and Copa del Rey, among others. Both packages cost $5 per month after your free trial. Sling TV Latino is another Spanish-language package for $10 per month, including NBC Universo, History en Español, and four beIN SPORTS channels. (And choosing Sling TV Latino + Sling Orange for $30 per month gives you access to ESPN Deportes.) For more information, check out our guide to Sling TV channels and our Sling TV review.

PlayStation Vue is a fantastic option for soccer fans who already own a PlayStation console, but this streaming platform is available on a variety of devices. ESPN, ESPN2, and ESPNews are part of the Core package of channels that offer sports programming, and the options increase at the Elite and Ultra levels.

Hulu with Live TV includes the ESPN family of sports networks among its broad spectrum of offerings, and as a subscriber to the service, you’ll get free access to Hulu’s sizable on-demand library. (Check out the full list of Hulu Live TV channels.)

YouTube TV is a great option for sports fans; including a whole group of ESPN channels for Wimbledon coverage. (Take a look at the full list of YouTube TV channels here.)

The 2019 Wimbledon men’s and women’s seeds

Though there are a number of competitions involved with England’s premier tennis event—including doubles competitions and wheelchair competitions—much of the attention will be on the men’s and women’s singles tournaments. Top seed Novak Djokovic will look to defend his title, and the women’s singles tournament, where 5th seed Angelique Kerber will attempt to go back-to-back with an interesting set of challengers, including 11th-seed and seven-time Wimbledon winner Serena Williams, potentially waiting in the 4th round on July 8. Kerber beat Williams in last year’s finals, but even before the possible rematch, Kerber might have to face Maria Sharapova in the third round just to get there.