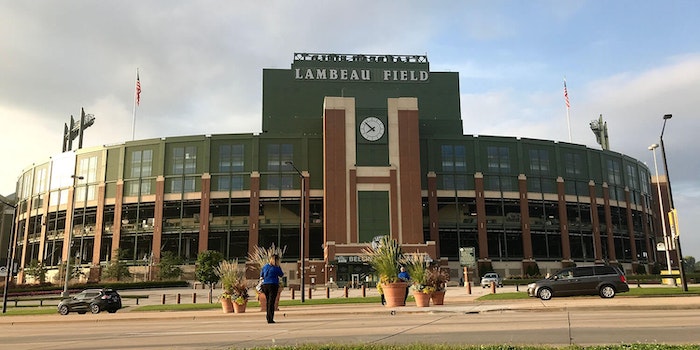 How to stream Eagles vs. Packers on Thursday Night Football

A surprising Packers team will try to put the nail in the coffin of a struggling Eagles squad.

The Eagles are running out of time.

An injury-plagued Philadelphia Eagles team has started the season at a disappointing 1-2, despite their Super Bowl aspirations. On Thursday, they will head into Lambeau Field to face an undefeated Packers team that has been gutting out win after win to start the season.

Offense has been a stumbling block for this Eagles team. After a strong passing game in Week 1, the loss of DeSean Jackson and Alshon Jeffrey has really hurt Philadelphia. The running game simply hasn’t materialized, as neither Jordan Howard nor Miles Sanders has emerged as a star.

Their offensive troubles have been compounded by a weak pass rush, allowing opposing quarterbacks to outshine Carson Wentz.

Key injuries on the interior of the defense have made the struggles of the ends look that much worse. While Matthew Stafford had an OK day against them last week, Matt Ryan torched Philly in Week 2.

While the Eagles have had some tough breaks, the Packers have gotten pretty lucky. They have gone 3-0 against a soft set of early-season opponents, and while it hasn’t always been pretty, the team hasn’t lost.

Aaron Rodgers hasn’t been his immortal self through three weeks, but the emergence of Marquez Valdes-Scantling against Denver gave Green Bay the extra push they needed to get past the struggling Broncos.

Green Bay’s defense has shined in the first weeks of the season. The Packers’ D converted three turnovers into 14 points against Denver. Za’Darius and Preston Smith combined for five of the team’s six sacks on the day as they held Joe Flacco to 213 yards and zero TDs.

Not everything is going perfectly in Green Bay. Rodgers has to play better and the weak running game needs to improve on last week’s 3.3 yards per carry. The defense’s run stopping hasn’t been as strong as its pass coverage.

While some of these problems are still being ironed out, both Davante Adams and MVS should be able to take advantage of a weak Eagles secondary, and help Rodgers get back on track.

How to watch Eagles vs. Packers online

AirTV solves one of the Sling’s biggest problems: The inability to receive all of your local channels. By purchasing a basic AirTV for $79.99 or the AirTV Player for $119.99, you can merge those local channels into your Sling TV, (or on your mobile device if you have the basic AirTV). As the Daily Dot wrote in its AirTV review, “It’s practically magic.” While select Football games are no longer on Sling, you can still catch them with AirTV.

Other ways to watch Eagles vs. Packers online

Nelson Agholor, Wide Receiver: Coach Doug Pederson says he is “optimistic” that Alshon Jeffrey will return in Week 4, so keep an eye on the receiving situation ahead of Thursday night. But Agholor has been a reliable fantasy option, even if he has made some in-game mistakes. (Plus, he handled some Twitter pettiness earlier in the week with class.)

Marquez Valdes-Scantling, Wide Receiver: Analysts have predicted a coming-out party for MVS, and it finally happened in Week 3. Look for the young receiver to play an increased role going forward.

Eagles vs. Packers: Why it matters

The Eagles’ season is slipping away. If this team falls to 1-3, catching the Cowboys in the NFC East starts to feel impossible. A wild card berth is going to be hard to come by in a competitive conference, and even if some of the team’s injured stars come back, it might be too little too late.

Philadelphia is going to come into this game feeling desperate, and they might just get some of their offensive weapons back just in the nick of time.

The Packers are one of the least complete undefeated teams remaining. For Green Bay, notching some wins against weaker teams will help them stack up against the Vikings and the Lions in what is shaping up to be one of the league’s most competitive divisions.

Though both teams could certainly use the win here, and both teams aren’t playing their best football, the edge should go to the Packers. Even as Aaron Rodgers has adjusted to a new offensive scheme, the defense has held strong.  If the defense continues to play lights out football and Rodgers gets back to his old self, what looks like it could be a close game could turn lopsided really fast.