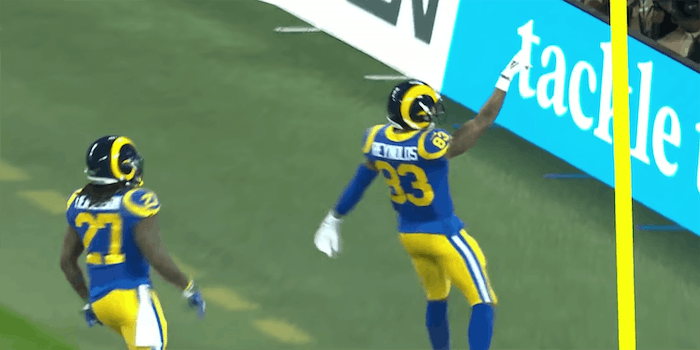 How to stream Steelers vs. Rams live

Can the Steelers defense steal another unlikely win from the Rams?

In Pittsburgh, 2019 will probably be remembered as a lost season. Ben Roethlisberger’s season-ending injury left the team with some of the worst backups in the league to pick up the pieces. But, surprisingly, a ball-hawking, pass-rushing defense has kept the team competitive. With half the season behind them, they are at .500, even if the playoffs still feel like a stretch.

Though the Rams are still the likely favorites here, a matchup that looked like it would be a blowout might be much closer than expected.

Here’s everything you need to know to live stream Steelers vs. Rams, including what to watch for on the field.

There are a number of options for watching Steelers vs. Rams on streaming platforms that carry FOX. However, consult a coverage map to see what game your regional channel will be playing.

Steelers vs. Rams live stream: How to watch NFL online

YouTube TV is a great option for college football fans, including ESPN and FS1. (Take a look at the full list of YouTube TV channels here.

Pittsburgh Steelers vs. Los Angeles Rams: Why it matters

One team was all but written off and has put together a string of wins. The other looked like they would cruise to a playoff bye, but is now third in their division. There is a lot at stake for both the Steelers and the Rams in this game. Another big win for Pittsburgh would put them firmly in the AFC wildcard conversation. Another loss to a weak team might put the division crown permanently out of reach for Los Angeles.

The big issue for the Rams this year is that Jared Goff’s play has taken a step back. In particular, he is throwing more interceptions. But, he isn’t the only problem. Todd Gurley isn’t the dominant running back he used to be. Brandin Cooks has had a down year plagued by injury. Besides Coop Kupp, it is hard to find a sure thing on this offense.

The defense is actually playing better than last year so far, ranking fourth in DVOA. Great play by Dante Fowler an Aaron Donald has helped keep this unit in top shape. Despite the strong defense, there have been weeks like the one where they gave up 55 points to the Buccaneers. If the offense turns the ball over enough, any defense will eventually crack, no matter how good they are.

Speaking of turnovers, the Steelers have shown just how valuable they can be for a defense these last few weeks. Against the Colts, the defense had another great performance from its young, exciting D. Minkah Fitzpatrick recorded seven tackles and a pick-six. Bud Dupree had two sacks and three QB hits.  T.J. Watt had 1.5 sacks and three QB hits. Every week there seem to be three or four players on this defense who do something amazing.

With James Conner out and JuJu Smith-Schuster neutralized by Mason Rudolph’s inability to throw the deep ball, this team has no stars on offense at the moment. Rudolph’s dink and dunk offense is hard to watch, and whenever he does try the deep ball, you fear he is going to get intercepted. If Rudolph is the future in the ‘Burgh, the Steelers are looking at a dystopia.

On paper, you have to like the Rams in this matchup. But, with Jared Goff’s newfound penchant for throwing picks and the Steelers ball-hawking, a Rams win here doesn’t feel guaranteed. It is still unlikely that lightning will strike twice with Rudolph at the helm though. Expect a Rams win here, even if LA’s offense struggles.