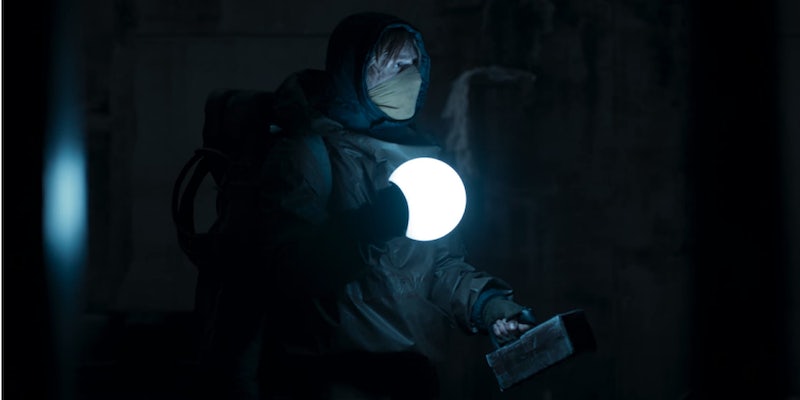 ‘Dark’ explores fate and free will in a dense season 2

The German sci-fi series tries to close the loop.

The first season of Dark was released in December 2017, which feels like a decade ago. But that feeling of warped time is appropriate.

Dark, created by Baran bo Odar and Jantje Friese, is a subtitled sci-fi drama about a small German town investigating the disappearance of local children. This doesn’t exactly sound like the kind of Netflix series that would become a sleeper hit, but it did. Viewers got swept up in the show’s time-travel mysteries and conspiracies and tried to untangle them online. At times, Dark felt inscrutable, but the finale certainly left the door open for another installment.

A year-and-a-half later, Dark season 2 returns to Winden as well as the different timelines in which some of its residents are stuck. Six people from Winden are now missing, including season 1 protagonist Jonas, who’s shown in the future, plodding around the haunted and radioactive remains of the town. The first episode of season 1 took place in 2019, and season 2 opens in June 2020 (after a stop in 1921), jumping back and forth between that year, 2052, 1987, and 1954.

Yes, you have to watch Dark closely, or those timelines (and all the revolving characters, with their connections and age progressions) will throw you off course. Season 2 is less a meditation on everyday evil and more an exploration of why people make the choices they do, and whether we can ever truly make things “right.”

Dark doesn’t get too wrapped up in the mechanics of its time travel like some shows and films, instead digging into fate, free will, and predetermination. This season fleshes out the nuclear power subplot a bit more (there’s a timely Chernobyl reference) but the season has grander ambitions: Jonas is on a hero’s journey and has to save his future-future-self from himself. Netflix provided a long list of plot points it asked reviewers not to spoil, but reading through them is a testament to the impenetrability of Dark‘s writing: Spoiling them would take flow charts, spreadsheets, and way too many paragraphs.

Dark tends to get knotty, which is part of its draw. After the first two episodes, the season starts to sag under the weight of its backstory-filling and supporting character development. But it’s necessary to push the narrative forward, and one by one, the parents of missing kids are told they need to see proof of time travel for themselves, feeding into the show’s theme of personal responsibility. There’s not a whole lot of humor in Dark, but when Rick Astley’s “Never Gonna Give You Up” plays during a party, you have to wonder about its inclusion. (It did come out in 1987.)

Dark has already been confirmed for season 3, and the third “cycle” will be the end of the show, keeping the series’ every-33-years framework in mind. It’s probably helpful that the creators know where it’s heading; a show like this can’t keep going for six or seven seasons. But even if it occasionally moves at a glacial pace, the writing and plot never feel too unmoored. As one character says late in episode 8: “Where are we going?” The finale sets up some exciting possible answers for the third cycle.