Three of Kevin Spacey’s accusers have died–and the conspiracy theories are flooding in. 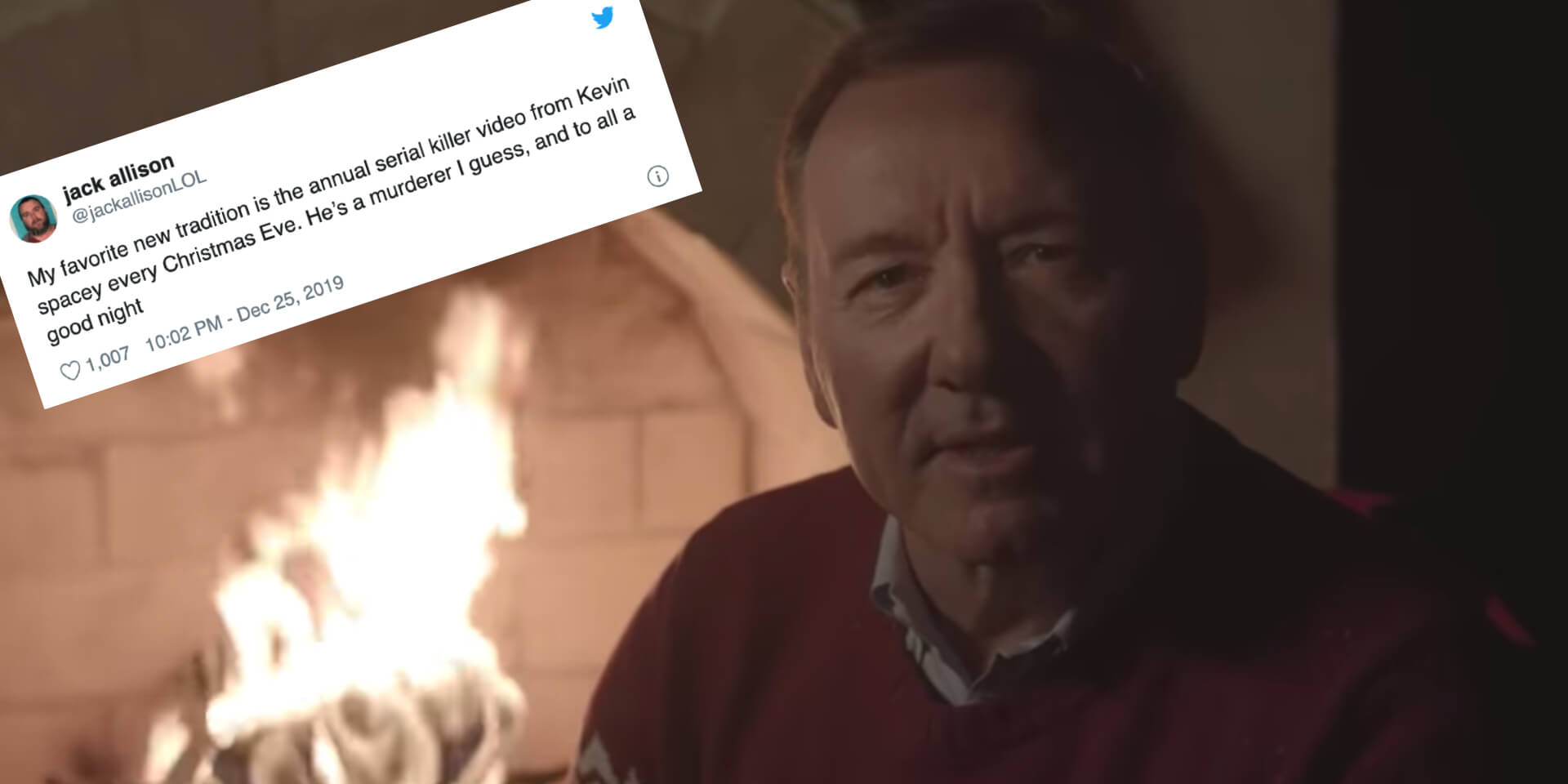 Three of Kevin Spacey’s accusers have died, and people are very concerned.

In 2018, Spacey began a Christmas tradition that literally no one asked for: posting videos of himself embodying his House of Cards character Frank Underwood. 2019’s video featured Spacey, cozied up next to a fireplace, urging people to “kill them with kindness.” Only one day after the video’s release, on Dec. 24, one of his accusers, Norwegian author Ari Behn, died by apparent suicide. He was the third of Spacey’s accusers to die after speaking out against the actor, and his death has people shook.

People online are circulating plenty of conspiracy theories regarding the accusers’ deaths.

“Big shout-out to everyone else who would absolutely say ‘we need to talk about Kevin Spacey maybe murdering people’ but is concerned about maybe getting murdered by Kevin Spacey,” Patrick Blanchfield tweeted.

just saying, if this were a Kevin Spacey movie, you'd be alone in a dark library reviewing these headlines in a microfilm station and then Kevin Spacey would appear from behind and just fucking kill you, just saying, just saying pic.twitter.com/Mvp0QSSXZ2

The coincidence is just too convenient for many people. Linda Culkin, another of Spacey’s accusers, was struck by a car and killed back in May. Another accuser, this one anonymous, was in the middle of a lawsuit against Spacey when they mysteriously died in September. A different accuser abruptly dropped their lawsuit against Spacey in July.

“My new favorite tradition is the annual serial killer video from Kevin Spacey every Christmas Eve,” Twitter user @jackallisonLOL wrote. “He’s a murderer I guess, and to all a good night.”

My favorite new tradition is the annual serial killer video from Kevin spacey every Christmas Eve. He’s a murderer I guess, and to all a good night

I know it’s still Christmas but America is a mafia state run by oligarchs who blackmail and murder each other. I hope everyone is enjoying time with their families.

As conspiracies continued to trickle in, a new hashtag—#SpaceyBodyCount—began trending on Twitter. People are using the hashtag to share their theories and disbelief at the increasing number of Spacey’s accusers to wind up dead.

Hey the good news is if you're feeling suicidal but don't have the balls to go through with it, just accuse Kevin Spacey of touching your privates, you'll be dead shortly. #spaceybodycount #imOKwithit @KevinSpacey you naughty boy.

#SpaceyBodyCount is Giving #ClintonBodyCount a run for its money. https://t.co/ctqMuz6DFQ

We are going to need to start a #SpaceyBodyCount as his accusers are dropping left and right. When I saw the headline, I assumed it was a different accuser who recently died. NEW ONE! https://t.co/x7nLRFlw6P