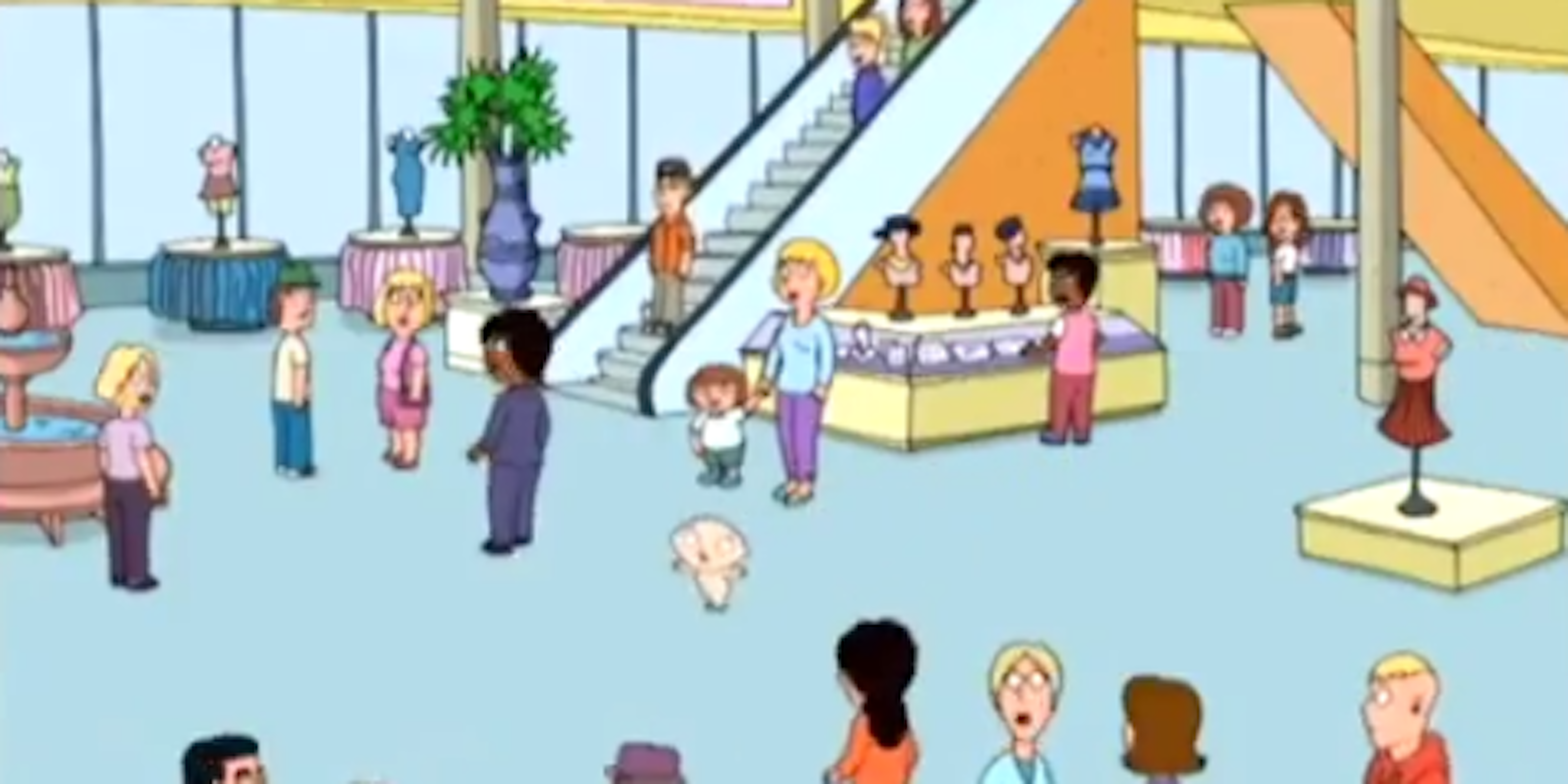 Sunday evening, actor Anthony Rapp stepped forward with a personal account of Spacey making sexual advances toward him in 1986, when Rapp was just 14 years old. Afterward, Spacey released a statement saying he does “not remember the encounter,” but also took the opportunity to come out of the closet “as a gay man.” People puzzled over the response on Twitter: the hypothetical gayness of Rapp’s allegations shouldn’t distract from the actual topic, which is pedophilia.

But the discussion jogged at least one fan’s memory in a surprising way: a 2005 episode of Family Guy features a short scene where the show’s youngest character runs naked through a shopping mall and yells, “Help! I’ve escaped from Kevin Spacey’s basement! Help me!”

It looks like Spacey’s alleged sexual misconduct may have been discussed in Hollywood years before it finally became news today.

Less than a month ago, Family Guy creator Seth MacFarlane made headlines for another seemingly prescient joke he delivered while announcing the nominees for the 2013 Oscars—one about actresses needing to pretend they’re attracted to disgraced studio head Harvey Weinstein. Weinstein’s sexual misconduct allegations have snowballed into a case that now spans decades of his career.