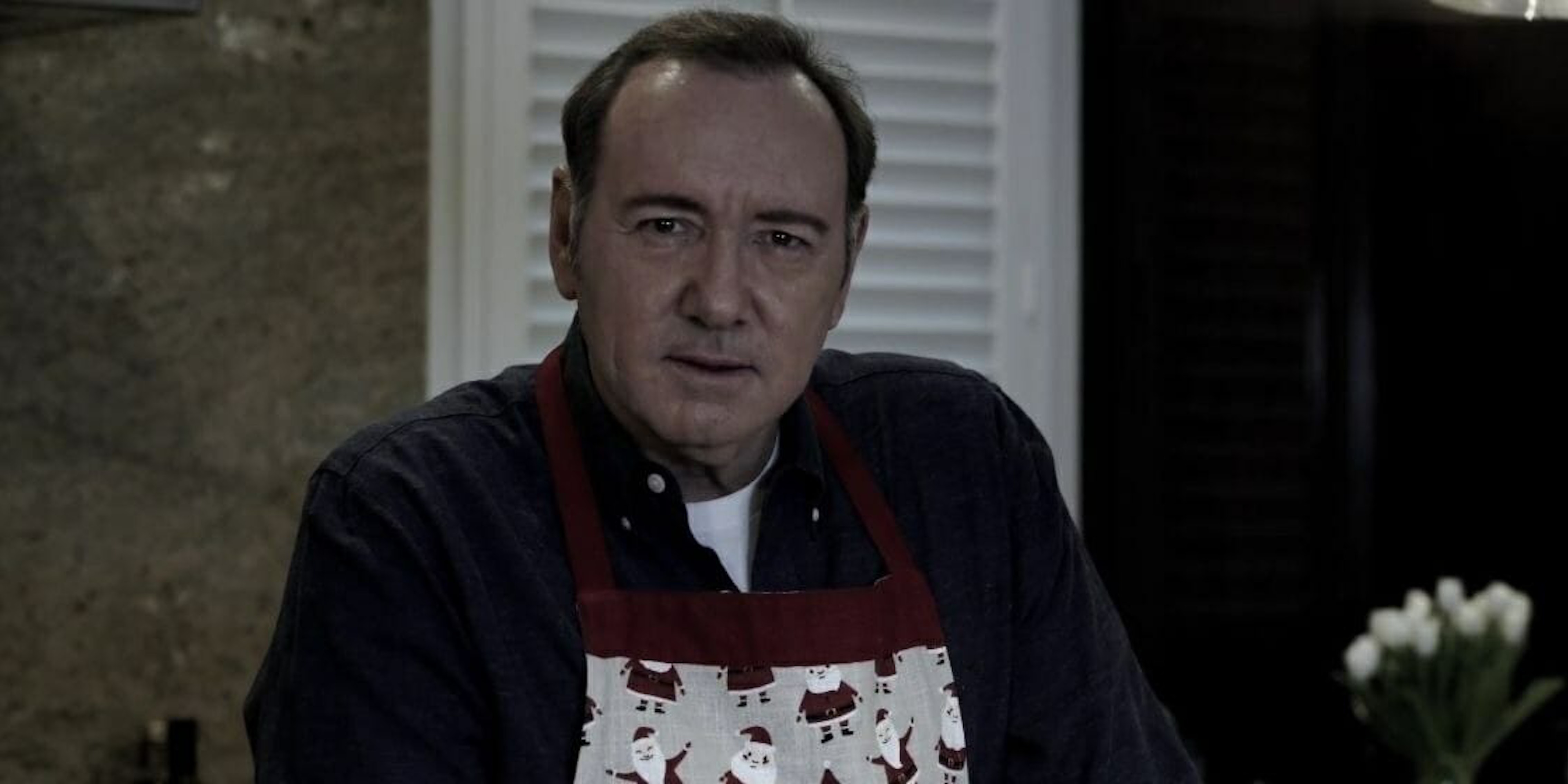 Kevin Spacey returned to his sparsely-used, sparsely-known YouTube channel on Monday. And the actor who’s been pillaged for the past 14 months after he was accused by dozens of men of sexually assaulting them when they were underage had a creepy message to deliver.

He was in character as Frank Underwood from House of Cards, and his entire monologue could have been ripped directly from the show. But based on the allegations that have been made since October 2017, it’s either a stunning lack of self-awareness for the innuendo in his speech or he’s denying everything using a fictitious voice and character. Either way, it’s really strange.

The video also dropped on the same day Spacey was charged with indecent assault and battery—a felony—for allegedly sexually assaulting a teenage boy in 2016, according to the Boston Globe. Spacey is scheduled to be arraigned on Jan. 7.

In a video titled “Let Me Be Frank,” the video opens on Spacey at a kitchen sink, washing dishes and drinking from a mug. Just like Frank Underwood, who was killed off after the revelations about Spacey came out, he addressed the camera with the same accent and demeanor he used on the Netflix show.

“I know what you want,” he began. “Oh sure, they may have tried to separate us, but what we have is too strong, it’s too powerful. We share everything, you and I. I told you my deepest, darkest secrets. I showed you exactly what people are capable of. I shocked you with my honesty. But mostly, I challenged you and made you think. And you trusted me, even though you knew you shouldn’t.”

Spacey said he knows you (whoever “you” is) want him back.

Some, he said, believed everything and “have just been waiting with bated breath to hear me confess it all. They’re just dying to have me declare that everything said was true and that I got what I deserved.”

But Spacey—who hadn’t posted on YouTube channel, which had less than 3,000 subscribers before Monday, since May 2017—said it’s never been that simple in politics or in life.

“You wouldn’t rush to judgment without facts, would you? Did you?” Spacey said. “No, not you. You’re smarter than that.”

Spacey alluded to the fact his character was killed off for season 6, but then he turned to the camera and said, “Wait a minute. Now that I think of it, you never actually saw me die, did you? Conclusions can be so deceiving. Miss me?”

Then, he walked off screen.

Earlier in the video, Spacey had perhaps the creepiest 33 words of his monologue.