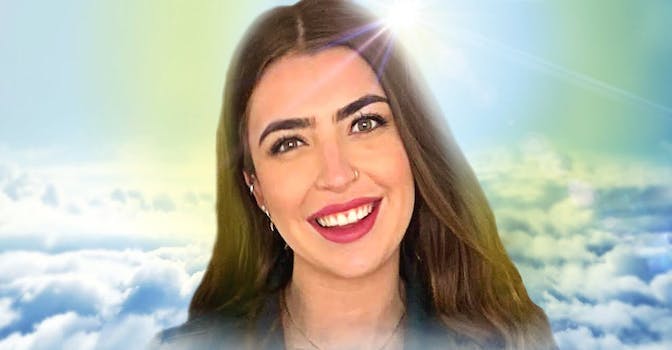 This isn't the first time he's been accused of exploiting a death.

The YouTuber who was ripped mercilessly for “exploiting” the death of rapper Mac Miller and whose channel is filled with paranormal and supposedly scary content is now being accused of faking the death of his girlfriend.

ImJayStation posted a video on Tuesday—a video, mind you, that’s monetized with advertisements—titled “My Girlfriend Alexia Died… *Rest In Paradise*” in which he claims his significant other was killed in a car accident.

“I never wanted to make a video like this ever, but last night, we lost Alexia to a drunk driver, guys,” the crying YouTuber said. “She was on the way to pick up something for the video we were making on our second channel, Dream Team. She got hit, guys. She’s gone. Sorry for crying. I know you guys are going to make fun of me for crying. She’s gone too soon. “

ImJayStation, whose real name is Jason Ethier, continued to talk about their Dream Team channel, which has 317,000 subscribers and which is filled with prank videos. He said he would post the five remaining videos that they had previously made but had not yet uploaded. It’s what she would have wanted, Ethier said.

In a second video released Wednesday, which was also monetized, Ethier drove to a supposed roadside memorial for Alexia to bring her flowers and to say his final goodbye. At that memorial site, candles, flowers, photos of Alexia, and a teddy bear are scattered in front of a cross. He also promoted their Dream Team channel multiple times.

“Alexia,” Ethier said, “these roses are for you. We’re going to miss you.”

Most of the comments on his videos are positive, expressing their condolences and telling them that it’s OK to cry, but there are many others who don’t believe him, particularly because he’s posted plenty of videos in which he’s tried to summon dead people or other scary beings in the middle of the night.

As one YouTube commenter wrote, “She didn’t die, you can still summon her at 3AM.”

Other recent videos from Ethier and Alexia include a vlog from earlier this month ago in which she and Ethier attempted to summon her dead dog during a 3am challenge. She’s also tried calling a dead boyfriend on FaceTime, and in November, they posted a video titled “WE BOUGHT A LITTLE GIRL OFF THE DARK WEB AND SHE WAS CRAZY!!”

All of that has led many to believe Ethier is simply making up Alexia’s death. As Twitter user @OrdinaryGamers wrote, “Jaystation is lying about his dead girlfriend. I’ve spent the entire night browsing and checking with police dept in Toronto and Ottawa. No police reports, no local news agencies and worst of all no family is confirming. I’m done with YouTube. I’m dumb for feeling sorry … I legitimately felt so bad for hearing about the ‘death’ of this person. I wish I didn’t try and look into it and lie to myself instead. I’m clenching my fucking fist and ripped some blood out realizing that some fuckface actually lied about dying like this. I’m so fucking mad.”

I legitimately felt so bad for hearing about the "death" of this person. I wish I didn't try and look into it and lie to myself instead.

I'm clenching my fucking fist and ripped some blood out realizing that some fuckface actually lied about dying like this. I'm so fucking mad.

Others weighed in as well.

#YouTubeBanJaystation This man uses fake content to draw the attention of his younger audience, it is quite disturbing the fact that he acknowledges the fact his viewers are genuinely sad about his fake videos and continues making them, @KEEMSTAR , #BanJayStation pic.twitter.com/NQOuQ7LP9a

Ethier did not immediately respond to a Daily Dot request for comment on the current controversy currently surrounding him, but in the past, he was blasted for using the deaths of Mac Miller and late YouTube star Etika for his own benefit.

“I don’t think I’m exploiting anyone for making a video,” Ethier told the Daily Dot in 2018. “Everyone gains attention from [celebrity] deaths, by talking about it, etc. … I see why people have a problem with my [Mac Miller] video but it doesn’t bother me about other people’s thoughts. I don’t try to make videos for people that hate me. I just make videos for people who might be interested in whatever the video might be.”

As his metrics attest—for his two Alexia videos, he’s received nearly 800,000 page views as of this writing, and the Dream Team channel has added nearly 20,000 new subscribers in the past couple of days—people are still interested in watching him.