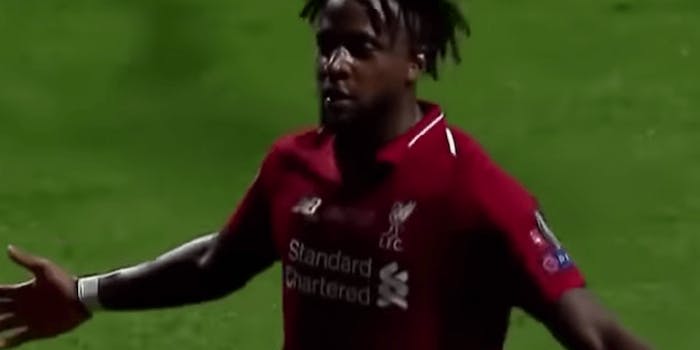 How to watch Spurs vs. Liverpool live online

Liverpool is unbeaten, with 19 wins in 20 games, and currently sits 28 points ahead of Tottenham Hotspur with one less game played.

The Portuguese has two wins in 10 all-time matches against Klopp. The Spurs face the toughest Klopp side that Mourinho has seen so far, so a win would mean more than ever. Liverpool is unbeaten, with 19 wins in 20 games, and it currently sits 28 points ahead of Tottenham Hotspur with one less game played.

Here’s everything you need to know to stream Spurs vs. Liverpool live online.

The YouTube TV option is great for soccer fans, including TNT for Champions League matches, NBC and NBCSN for Premier League matches, and broadcasting partnerships with three MLS teams. (Take a look at the full list of YouTube TV channels here.)

If you want access to every Premier League game this season, you’ll want an NBC Sports Gold subscription. At the Matchday Pass tier, for $39.99, you get access to 140 exclusive live matches, with at least four for each of the 20 clubs. The Premier League Pass option gives you an option to replay matches, in case you can’t catch a match live, and offers additional programming, including analysis and highlights.

Spurs (recent form: DLDWL) return to the league following a disappointing draw vs. Middlesbrough in the third round of the FA Cup, so the prospect of playing the world champions won’t allow Mourinho to rest too easy. Mourinho has already taken Tottenham Hotspur from No. 14 to No. 6. Being only six points out of the UCL places is a huge win for Spurs and validates the decision to fire Mauricio Pochettino when they did. Expect Spurs to look more like a Mourinho team than ever before, considering his great record of parking the bus in big games.

Liverpool (recent form: WWWWW) has all but clinched the club’s first league title in 30 years, and only thing that can derail this train is a demoralizing loss that shakes the squad’s confidence. Considering the Reds’ confidence has grown in every game so far, the unbeaten streak should continue without a hiccup.