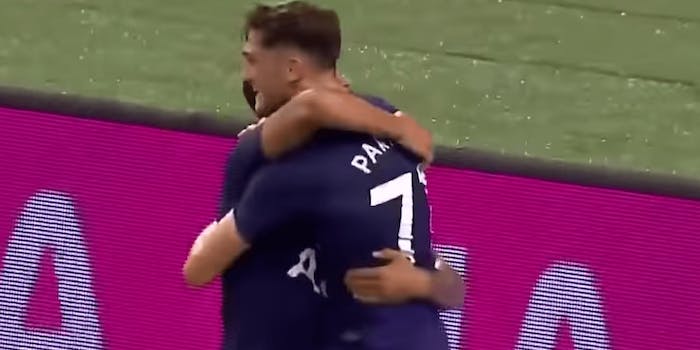 How to stream Tottenham vs. Everton

Two rollercoasters of eternal underachievement collide this weekend on Merseyside, as the huge clubs with Champions League aspirations square off in a bottom half of the table clash. Eleventh-place Spurs travel to 16th-place Everton at Goodison Park on Sunday, and the only guarantee is that somebody will leave disappointed.

It’s a high-stakes match neither side can afford to lose. Here’s everything you need to know to stream Everton vs. Tottenham Hotspur live.

Everton (Recent form: WLWLL): Marco Silva’s hot seat is a little cooler after two wins in three, but the objective for the Toffees in 2019-20 remains unclear. In recent years, massive summer spending, subsequent fire selling, and rotating through managers has left Everton as uncertain of its place in the footballing world as ever before. After another bad start this season the easiest goal to set is to avoid a relegation fight and finish top half, but what that would spell for Silva’s future remains unseen.

Tottenham Hotspur (Recent form: LWDLL): Spurs were humiliated before the international break, following a 7-2 UCL loss to Bayern Munich with a 3-0 loss to Brighton & Hove Albion afterward. They haven’t picked up a league win since, but a rescued point at home to Watford and a hopeful performance against their UCL Final opponents Liverpool has raised the spirits in North London, albeit relatively. However, anything but a win against a downtrodden Everton team could send Spurs straight back into their spin cycle of misery.