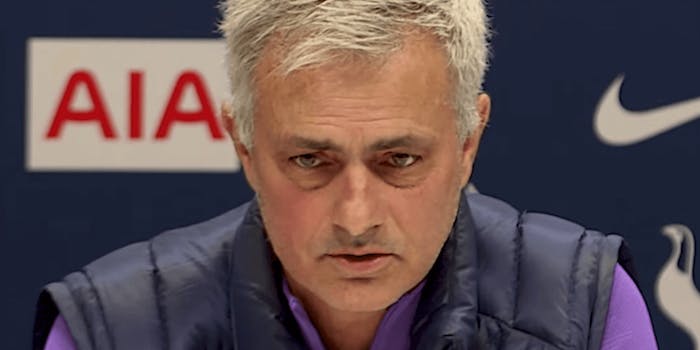 How to stream Tottenham Hotspur vs. Chelsea live

Tottenham Hotspur can replace Chelsea in the top four with a win Sunday.

Chelsea takes on its cross-town rival Tottenham Hotspur this weekend, and as is often the case, Chelsea manager Jose Mourinho is part of the narrative.

Chelsea is facing Spurs for the first time since Mourinho took over in November. Chelsea’s fast start under Mourinho’s former star, Frank Lampard, has slowed in December. The Blues have four losses in their last five games in the Premier League. Under Mourinho, meanwhile, Tottenham Hotspur has gotten back into the Champions League place conversation. Spurs are now in the fifth spot, just three points behind Chelsea, and a home win Sunday would allow them in break into the top four at Chelsea’s expense.

Here’s everything you need to know to stream Tottenham Hotspur vs. Chelsea live.

Tottenham Hotspur (Last 5 Premier League matches: WWLWW) have quickly gotten back up the table, adjusting to its new manager as well as the owners would have hoped. Mourinho has brought life back into a club that was sleepwalking, and is moving it back toward all its goals, including securing Champions League play for next year. Centerback Toby Alderweireld has signed a contract extension through 2023 this week, when most expected the Belgian to leave in the summer on a free transfer. They also learned Monday that their Round of 16 Champions League will be Leipzig; Spurs fans should be happy with that draw.

Chelsea (recent form: LLWLL) has gone from potentially pushing league leaders Liverpool at the top of the table to being on the brink of fifth place. Also, its Champions League Round of 16 matchup, like Spurs, is with a German team—only it’s Bayern Munich. With these factors looming large, the honeymoon phase for Lampard is over, and the young squad has gotten to the part of the season where experience is most useful. Time will tell who carries that torch, and these next few weeks are crucial in determining whether Chelsea is in a race in the top four, or in a race to the top four.