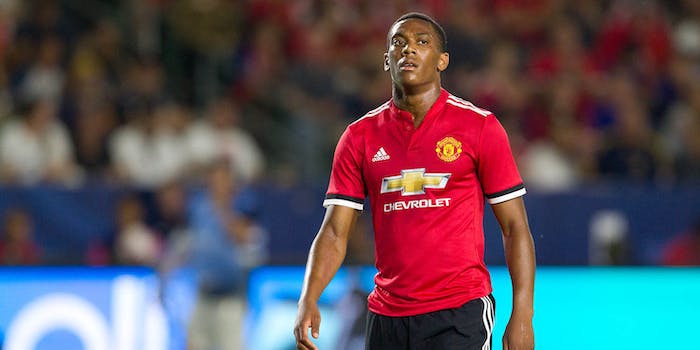 How to stream Manchester United vs. Watford live

Can Anthony Martial score in a third straight match for a United team on good recent form?

Here’s everything you need to know to stream Manchester United vs. Watford live on Sunday.

Manchester United has had a topsy-turvy time in this home-stretch part of the season. While the team’s looked better in the last two matches than it has in the few weeks prior, it’s also slipped from fifth position to seventh, despite getting four points in its last six. If there’s a time to make a run for a Champions League position, it’s now.

Fortunately, its Sunday opponent is 19th in the league, hasn’t won its last four matches, and looks destined for relegation (though other teams are hanging out in the zone). While Watford’s had some success against big names this year—ask Arsenal and Spurs about their draws—it’s a team that started the season in 18th place and hasn’t gotten above 17th.

Manchester United (last five Premier League matches: WLLDW) beat Chelsea 2-0 on Monday, with goals from Anthony Martial and Harry Maguire proving enough to get a quality win. The Red Devils then drew Club Brugge in Europa League play, with Martial providing the equalizer in that 1-1 contest.

Watford (last five Premier League matches: WDLLD) did enough to draw with Brighton last weekend, but it’s now four matches since a flagging, possibly relegation-bound Hornets squad got a win. The team’s only one point from safety in what’s looking like a six-team relegation race. But an extension of the current winless streak won’t help the cause, and that’s the likely scenario against this United squad.