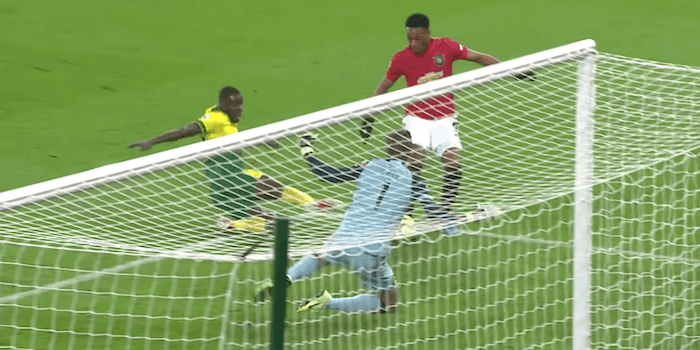 How to stream Manchester United vs. Bournemouth

Wins have been hard to come by for both Manchester United and Bournemouth lately. Can one of them find a victory on Saturday?

All it took was a win over Norwich City last weekend for Manchester United to get back to a respectable seventh in the Premier League table. It was the team’s first win in five matches, and with another win in Saturday’s early match (American viewers, note the time change this week) against Bournemouth, the Red Devils could find themselves fifth.

Here’s everything you need to know to stream Manchester United vs. Bournemouth live.

FuboTV is a solid TV streaming service option, whether your tastes run to entertainment (AMC, Syfy, FX), news (MSNBC, CNN), or sports (NBA TV, NFL Network). If you’re a soccer fan, however, it will appear tailor-made for you, with NBC and NBCSN for Premier League matches, 10 beIN SPORTS channels, FS1, FS2, UniMás, and Champions League action via TNT all on tap. If you can’t watch a match live, FuboTV offers a three-day replay for each match and 30 hours of cloud DVR. (Check out the complete FuboTV channels list.)

Manchester United (recent form: LDLDW) finally found a win to follow up on its bursting of Liverpool’s perfect-season bubble. Last week against Norwich City, United found goals from Scott McTominay, Marcus Rashford, and Anthony Martial in the 3-1 win, only letting in a consolation goal late. Though on paper Bournemouth provides a steadier challenge to United than Norwich does, Norwich did upset City earlier this year — in the same week the Red Devils had last won.

Bournemouth (recent form: WDLDD) currently sits in ninth place, its third draw in four matches coming last Saturday against bottom-dwelling Watford. The drought continues for the Cherries: It was a third straight match without a goal, though they did manage to hit the woodwork twice. They’re getting closer!