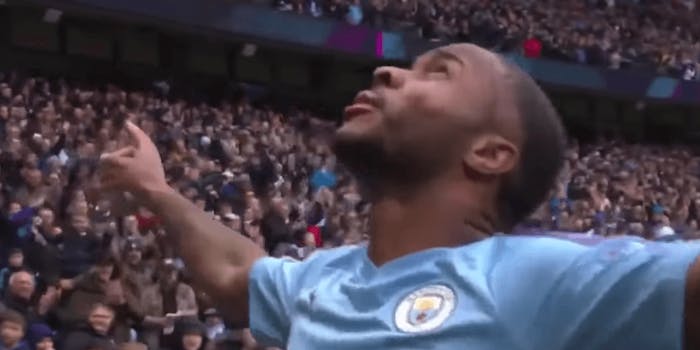 How to stream Manchester City vs. Newcastle live

Can Manchester City take down Newcastle and gain ground on Liverpool?

After a midweek draw in the Champions League versus Shakhtar Donetsk, Manchester City travels to Newcastle to continue to keep pace with league leaders Liverpool. In City’s last Premier League game, the defending champions pulled out a 2-1 comeback victory in a great contest with Chelsea.

Here’s everything you need to know to stream Manchester City vs. Newcastle live.

Man City (recent form: DWLDW) has the same task as always, keeping pace with Liverpool until the Reds’ form inevitably drops. Unless Liverpool becomes the next Invincibles, City should be able to close the gap with the current squad. Pep Guardiola should be wary though, as Newcastle won the last matchup between the clubs, by a 2-1 margin at St. James’ in January.

Newcastle (recent form: LWWDL) has had a relatively nice start to the season this year, with the Magpies 5 points above relegation in 14th place. Manager Steve Bruce was derided by pundits after succeeding Rafa Benitez, but four wins through 13 has gained him a longer leash. Any points in this match will be a monumental win, but expect Newcastle to sit deep for 80-90 minutes.