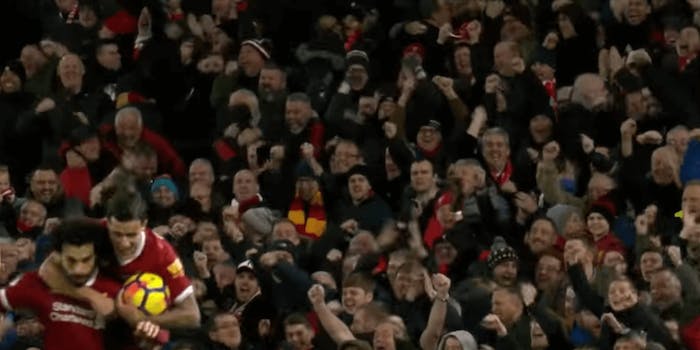 How to stream Liverpool vs. Atletico Madrid live

Can Liverpool defend its Champions League title? It's down a goal to Atleti heading into the second leg.

Here’s everything you need to know to stream the Champions League match live on Wednesday between Liverpool and Atletico Madrid.

Liverpool returns to UCL action this Wednesday when the defending European champions host Atletico Madrid in its Round of 16 second leg, trailing the Spanish club 1-0. Atletico Madrid is 13 points behind Barcelona in La Liga, and an early exit in Copa del Rey means this is the last competition available for Diego Simeone to go for. Liverpool losing at home on Wednesday night would be the Reds’ fourth loss in six games, as well as the second competition they would be eliminated from in that time period.

The match is on TNT, UniMás, and TUDN; these streaming services provide fans the opportunity to catch Champions League action throughout the tournament.

Liverpool (last five matches: LWLLW) and manager Jurgen Klopp began the Premier League season with 27 games unbeaten, but a recent string of losses in February and to Chelsea in the FA Cup has shaken the Reds’ previously rock-solid willpower. Liverpool needs to be able to compete for multiple trophies at the highest level, especially so with the EPL lead being so large. Failure to advance over Atleti would mean just the one major trophy for Liverpool this year, which may be won in March and could be decided before the Reds take the field again in a league match.

Atletico Madrid (last five games: DWWDD) has not transformed into an attacking side as well as the board may have wanted when it signed João Félix last summer for nearly $143 million, but Simeone is such a good coach that Atleti at least has a lead to defend when the team enters Anfield Wednesday night. Madrid’s famous 4-4-2 will be tested like never before against Liverpool, particularly against the Reds’ front three of Roberto Firmino, Sadio Mané, and Mohamed Salah, who are known for their movement and interchanging positions amongst themselves. A one-goal lead is more than enough for Simeone to protect though, especially when scoring just once means Atletico have the tiebreaker of the two legs on away goals.